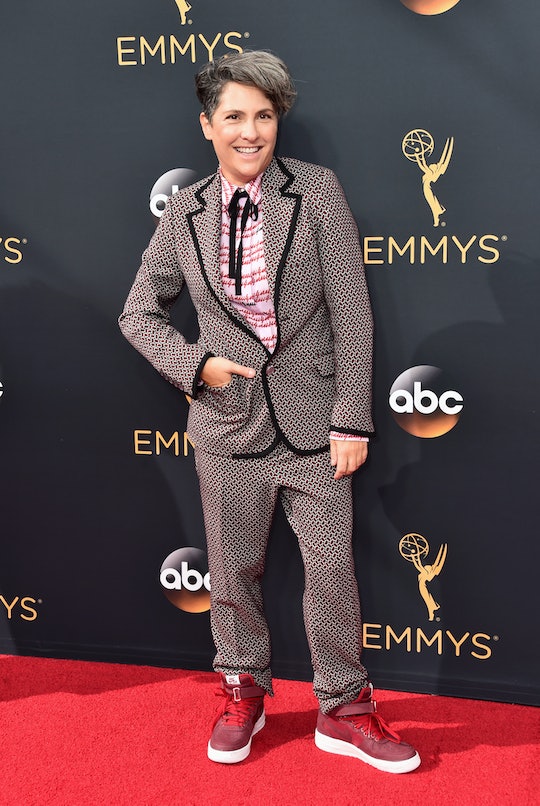 Jill Solloway won the Emmy for Outstanding Director of a Comedy Series for her work on Transparent and gave quite possibly the greatest speech of the entire tonight. It's no surprise than that everyone loved it. The reactions to Jill Solloway's 2016 Emmys acceptance speech are just as inspiring as her flawless speech. Solloway began her speech by explaining that for her being a director is easy because she has the opportunity to make her dreams come true.

"It's a privilege and it also creates privilege when you take women, people of color, trans people, queer people and you put them at the center of the story," Solloway said. "The subjects instead of the objects, you change the world, we found out."

Solloway then went on to thank Jeff Bezos, the CEO of Amazon.com, for giving her the opportunity to do television but what she sees as a revolution. She continued by stating how she's always wanted to be a part of a movement and Transparent allows her to do that.

"This TV show allows me to take my dreams about unlikeable Jewish people, queer folk, trans folk and make them the heroes," Solloway said. "Thank you to the trans community for your lived lives."

Solloway then concluded her speech by asking people to end the violence against transwomen and more importantly, "To topple the patriarchy!"

A mix of funny and heartwarming, Solloway's speech was spot on and only rivals her speech from last year. With another Emmy nomination this may not be the only speech we hear from Solloway during the 2016 Emmys but this one speech has inspired many viewers. Here's just a few of best reactions to Solloway's speech.

After Solloway finished her speech, host Jimmy Kimmel returned to the stage and worried that toppling the patriarchy may not be good for him in the long run. All jokes aside Solloway hit on some very real and important points and it's amazing that she used her platform to discuss such important topics. This isn't the first time Solloway used the Emmy stage to make a point. When she won the Emmy last year, Solloway's speech was just as emotional and heartfelt.

It's abundantly clear that Solloway's very heart and soul goes into the work she does on Transparent and it's no wonder why she keeps winning.