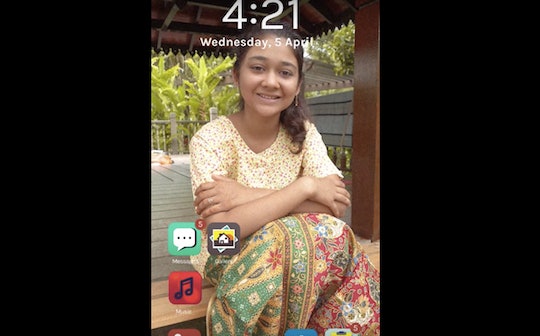 Two years ago, the United Nations used virtual reality to transport people to the middle of a refugee camp in Syria. At the time, users needed a VR headset in order to access the experience. Now, the United Nations Refugee Agency has released an app that puts users in a refugee girl's shoes, allowing them to feel what it's like to be a 16-year-old girl on the run from a humanitarian crisis.

The app, called "Finding Home" and designed by the UNHCR and advertising agency Grey Malaysia, simulates fictional Rohingya teenager Kathijah's entire phone, giving users access to her photos, phone calls, and text messages. Users are quickly immersed in Kathijah's life, in which she receives texts from friends that "the village is not safe," along with plans to flee to a safe place in Malaysia. Users can choose Kathijah's responses and actions, and experience her journey as she tries to get to safety.

The app brings to life the very real struggles that Rohingya Muslims, a minority in Myanmar, face on a daily basis. According to Al Jazeera, Myanmar's military have killed hundreds of the estimated 1.1 million Rohingya Muslims in the country. Tens of thousands have fled to neighboring Bangladesh, and refugees have described horrible conditions back at home, including sexual assault, torture, and the slaughtering of entire villages. The Myanmar government has said the claims of rapes and killings are false.

However, as the BBC asked in January: "Who will help Myanmar's Rohingya?" Driven from their own country for years now, the minority group is essentially stateless, and neighboring countries do not want to take them in. The app creators hope that Kathijah's story can spread awareness and encourage the public to donate and volunteer with the UNHCR.

"The refugee story is often a deeply personal one and difficult for people to understand," Richard Towles, the UNHCR representative in Malaysia, told ABC News. "We hope that this application will allow a viewer to walk a mile in a refugee's shoes in order to understand what they go through every day in order to find safety."

Grey Malaysia's creative director, Graham Drew, told ABC News that the public has become "inevitably desensitized" to Myanmar's refugee crisis — and others — since it has gone on for years now. But as the app very successfully proves, every single refugee of the 150,000 Rohingya seeking asylum in Malaysia has a story. And once you've "lived" it, it's a lot harder to ignore.