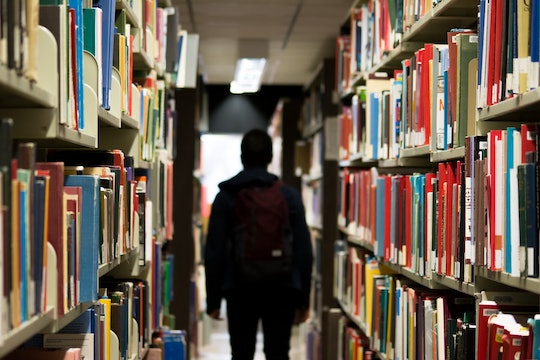 Teacher's "Most Likely To Become A Terrorist" Award Causes Upset

A 13-year-old student received an upsetting title at an end-of-year aceremony at her Texas junior high school. Lizeth Villanueva's teacher gave her the "most likely to become a terrorist" award and Lizeth, along with her mother, Ena Hernandez, are understandably upset at the rude "joke." Romper has reached out to Aguirre Junior High but has not heard back at this time. Channelview Independent School District official Mark Kramer told a local news outlet that Lizeth's was one of the "fake mock awards" that were a "poor attempt to poke fun" by a seventh grade teacher. Kramer notes that the awarding "was not well thought-out." A statement from the school insists: "The teachers involved in this matter have been disciplined according to district policy and the incident is still under investigation."

Lizeth, a Salvadoran American student, relays that she was shocked during the awards ceremony, held with two classes worth of students. In addition to "most likely to become a terrorist," her peers were reportedly awarded "most likely to cry for every little thing" and "most likely to become homeless." Lizeth said her teacher gave the disclaimer that "some people might get offended" but that, ultimately, she "doesn't really care." Lizeth also claims that the three other teachers who were in the room at the time laughed through out the ceremony.

Lizeth's mother saw the award at home and "was upset and very mad." Given Lizeth's lack of disciplinary issues, it was a confusing title for Hernandez figure. "I was surprised because my daughter has been doing well in the honors program," Hernandez shared with The Washington Post.

The school's statement is below:

Since the incident, Lizeth has not returned for the last week of school, as she "feels uncomfortable" going back. Her mother has called for the firing of the teachers involved, in fear that "they will continue doing the same thing" if they stay at the school.

Both Lizeth and her mother connected this upsetting act of judgement with the grander implication of these types of divisive gestures. "It doesn't look good because everything that's going on right now," Hernandez noted. Lizeth found it to be especially offensive, as the award was given just one day after the deadly Manchester bombing.

Schools are meant to foster learning and awareness. Crude, offensive targeting of students by their teachers promotes a culture that allows for bullying and for prejudice. In a climate where terror attacks inspire fear, walls are built between people as false barriers of protection. Education should break these walls down, not build them, and teachers need to lead by example.