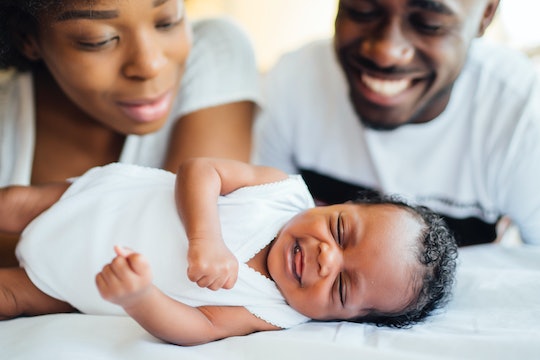 Parents often spend countless hours researching how to give their child the best start in life, but can where your baby is born make an impact? According to many experts, the answer is a resounding yes. So where's the best place to have a child in the United States? A new study from WalletHub has pinpointed the worst and best U.S. states to have a baby in as of 2020.

To uncover the best states to have a baby in, WalletHub compared all 50 states and Washington, D.C. across four key areas: cost, health care, baby-friendliness, and family-friendliness.

Those areas were then further broken down into a total of 32 relevant metrics, each of which was assigned a corresponding weight toward a state's final score. These included things like the average cost of a conventional hospital delivery, the average cost of early infant health care, a state's infant and maternal mortality rates, the number of pediatricians per capita, the number of child care centers per capita, a state's parental leave policy, and more.

So why do all these rankings matter? Well, according to experts the state and zip code a child is born in can have a very real impact on that child's future success. In a 2015 PBS article, Nobel Prize winning economist James Heckman was quoted as having written "the accident of birth is the greatest source of inequality in America today" in his book Giving Kids a Fair Chance. "Children born into disadvantage are, by the time they start kindergarten, already at risk of dropping out of school, teen pregnancy, crime, and a lifetime of low-wage work," Heckman wrote in his book, according to PBS.