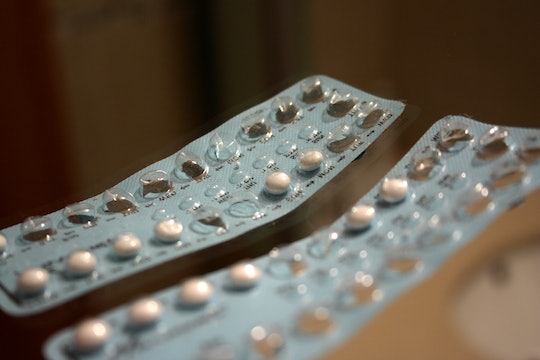 I had a friend in high school who was exceptionally intent on taking her birth control pill at the same time every day. No exceptions. Except one day, while visiting my house, she accidentally locked her pills (and purse and car keys) in her car. With no time to spare for a Pop-A-Lock, the rest of my friends and I had to scramble around until we found an old antenna rod to jimmy the lock open. That kind of consistency is one thing that can affect how well your birth control works. My friend did not miss her pill that day, and it looks like her persistence paid off; she did not have a baby until she was ready some years later.

But when you’ve used the pill or condoms as your main form of birth control for years, it can be easy to let some of that diligence slide. Unfortunately, that’s when accidents may happen, because those forms of birth control are only as effective as their user. When you slack off a bit (as many people do!), their effectiveness can drop precipitously. So to get the most of your preferred method of birth control, make sure you’re doing this one thing.

I know, I know: diligence and consistency are basically the furthest thing from sexy. And missing one pill from the middle of the pack will probably not make you insta-pregnant. But as contraception expert Katharine O’Connell White explained in Time, "there’s a little bit of a margin of error built in if you miss one pill, but missing more than one does put you at risk." She also noted that the pills are 97 percent effective when taken perfectly, but that the real-world effectiveness is closer to 92 percent. Furthermore, Shape notes that "popping the pill at the same time every day is smart, and it's critical if you're taking the progestin-only mini version (the hormones in it are only active for 24 hours)." So to sum up, it's a good idea to take your pill at the same time every day without missing any doses. Are you having flashbacks to your sex ed class yet?

In addition, it's a good idea to use condoms with consistency. This means you "use a new condom for every act of vaginal, anal and oral sex throughout the entire sex act (from start to finish)," as the Centers for Disease Control and Prevention recommends. None of this "I'll put it on right before I finish:" business; that still puts you at risk for pregnancy or infection. And to be extra-safe, Planned Parenthood recommends that, "if you realize you’re unrolling the condom the wrong way, it’s always a good idea to throw it away and use a new one." When it comes to using birth control in the most effective way possible, it just might pay to be a little bit insistent on consistency. OK, I feel like a gym teacher now. You are dismissed.