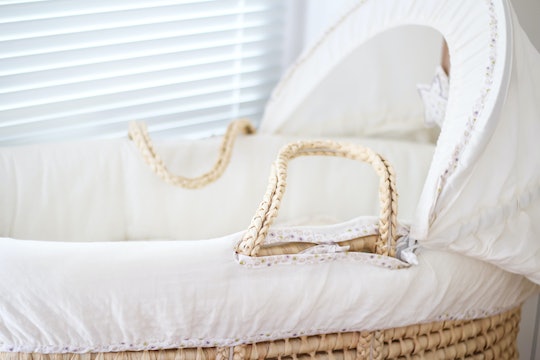 The Top 3 Theories About What Causes SIDS

Sudden Infant Death Syndrome, otherwise known as SIDS, is a term every parent has heard, but that doesn't mean they understand what it actually entails. Because there is no exact reason to explain what happens, there are a couple of common theories about what causes SIDS that are helping researchers and parents alike put an end to it.

According to the American SIDS Institute, there are about 4,000 sudden infant deaths per year in the United States. Half of those deaths are diagnosed as SIDS or unexplained, but the other half are diagnosed as due to other causes. This is partly why SIDS can be so confusing for parents to understand — it's often confused with suffocation or some other form of death. The Centers for Disease Control and Prevention noted that even with a thorough investigation of an infant's death, it's difficult to tell a SIDS death apart from an accidental suffocation death.

Without a determined cause of SIDS, all researchers can do is work towards proving and disproving the top theories about what causes it. An article in EMBO Reports suggested that SIDS is a combination of genetic, metabolic, and environmental factors that, combined, can lead to infant death. Meaning, even if one of the theories behind SIDS is found to be an actual cause, it may not be the only factor and there could be culminated issues that led to a death.

But as the theories change, it's important to know the top theories about what causes SIDS. These ones haven't wavered much over the years and continue to be a path for research, although the National Institute of Child Health and Human Development believes a combination of all three theories is what's needed to actually cause SIDS. (Which explains why an unsafe sleeping environment doesn't necessarily cause SIDS, but can be an added risk.)