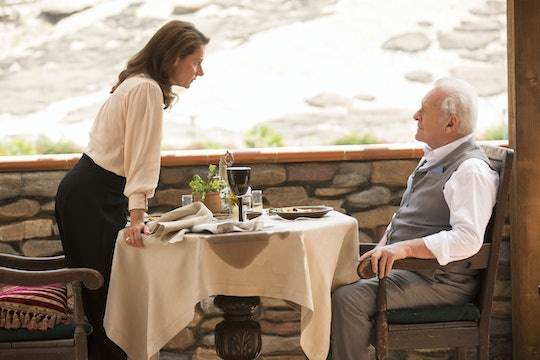 Westworld is full of antagonists by design; the park needs to give the guests something to do, so they introduce stereotypical villains that are easy enough for the guests to demolish. However, things are beginning to change in the park. Not all of the villains are there by design, and some of the ones that are, aren't as easily vanquished as their predecessors. When park director Robert Ford introduced a new, seemingly insurmountable antagonist named Wyatt to Westworld, the storyline also seemed to have some connection to Ford's past, and the past of the park. These Westworld theories about Wyatt seek to explain just what Wyatt means to Westworld.

Wyatt is first introduced as a mysterious figure from Teddy's past who was intended to give him a purpose and an obstacle to overcome. Wyatt was a mad man and a murderer who was convinced he heard the voice of God ordering him to commit his crimes. This tied in to Ford's tale about his old business partner, a man named Arnold, who died in the park. He had been toying with giving the hosts true consciousness, but it failed; instead of giving them independent thought, he drove them insane and made them believe they heard the voice of God. Sound familiar? This is obviously not a coincidence, but what does it actually mean?

One theory posits that Wyatt and Arnold are actually the same person. Perhaps, as suggested by Wolf_Disney on Reddit, Arnold did not actually die in the park. Instead he's been living within it for years, and Ford is implanting the wild story about "Wyatt" to give Teddy a reason to hunt down Arnold for him. However, considering how bad Teddy is at successfully killing people, Ford probably should have chosen a better assassin.

Wyatt Is A Rogue Host

It's possible that Wyatt is Arnold's most successful experiment: he did develop a bicameral mind and his own consciousness. Now Ford is looking to clean up Arnold's mess so he's sending other hosts to dispose of Wyatt. In the words of Reddit user harr1847, "assuming Wyatt is a host, it is possible the staff actually lost track of Wyatt, he became bicameral and Ford is writing narratives to get the other hosts to kill him (so he can be picked up for decommissioning) rather than interacting and advancing the stages of consciousness."

Wyatt Is A Distraction

Or maybe Wyatt is simply a red herring in the story, and his ultimate purpose is more practical than philosophical. Yetilocke on Reddit made a connection between Wyatt's men, the strange metallic sounds that accompany them, and the excavation going on in the park while the new narrative is constructed: it's possible Wyatt is just there to serve as an exciting new distraction from the ongoing construction. He keeps guests away from the new things being built until they're ready, and provides an exciting mission at the same time. The sounds are merely the construction work going on.

Wyatt Is Just Another Quest

Instead of Wyatt being a deeper, more revealing facet of the park, Reddit user southisnorth speculates that he's actually just another park quest: "It might be a deep, well-written plot, but in the end it's still just a story Ford is telling. What if Wyatt is programmed to be terrifying and hearing the voice of God, to seem as though the robots are gaining consciousness and going insane, but in the end it's just meant to [heighten] interest in the park?"

Though Ford appears to understand the difference between humans and hosts, he's also been shown to push the boundaries between the two. It's possible Ford was actually on board with Arnold's sentience plan and he's been taking all these years to work on it, but now it's finally done. Reddit user Videogamer321 theorizes that Ford has been covering up for this plan the entire time and is now using Wyatt as a tool to get the ball rolling.

Whatever the truth about Wyatt is on Westworld, his purpose in the narrative is only just beginning; there is sure to be much more to come.