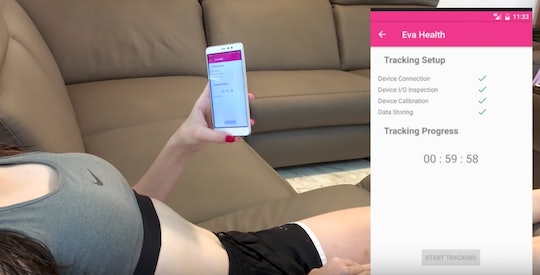 This Cancer-Detecting Bra Could Save Thousands Of Women

This year, in the United States alone, an estimated 255,180 new cases of breast cancer will be reported, and 41,070 people will lose their lives to the illness, according to the American Cancer Society. It's one of the most common cancers to affect women of all races, and many women will exhibit little to no symptoms before receiving their diagnoses. Fortunately, however, one 18-year-old student in Mexico is in the process of creating a bra that can detect breast cancer early on — and his results so far have been promising.

Julián Ríos Cantú was inspired to make the bra after his mom had two scary brushes with breast cancer. "When I was 13 years old, my mother was diagnosed for the second time with breast cancer," he said in a video promoting the bra, according to the Huffington Post. "The tumor went from having the dimensions of a grain of rice to that of a golf ball in less than six months. The diagnosis came too late and my mother lost both of her breasts and, almost, her life."

At just 17 years old, Cantú launched Higia Technologies with two friends, and the students got to work creating EVA, a bra that uses approximately 200 biosensors to monitor breasts' color, temperature, and texture — and track any changes that take place week to week. The bra is designed to be worn for at least an hour a week, and after each wearing session, the bra sends data via Bluetooth to its associated app. If any worrisome changes are spotted in the data, the app will recommend a visit to the doctor and provide relevant information, Cantú told El Universal.

Currently, early detection methods for breast cancer are somewhat limited. According to the American Cancer Society, physical breast exams haven't been proved to be especially beneficial in cancer screening, and mammograms can miss some cancers. And for women with a history of breast cancer in the family, a bra like EVA could provide some extra peace of mind.

EVA's prototype is already winning awards — Cantú and his team recently took home $20,000 after coming in first place at the Global Student Entrepreneur Awards — but it will be a while before EVA is available in stores. According to El Universal, Cantú believes it could be another two years or so before EVA's patent is approved — and much more testing is necessary on the product — but the Higia Technologies team is determined to improve women's chances of detecting breast cancer early on.

In the meantime, get to know your chest and look for the following signs of breast cancer: any changes in shape, size, or feel of breasts; lumps near your chest or armpit; any chest pain; or fluid leaking from nipples. To follow EVA's progress, sign up for updates on the Higia Technologies website.