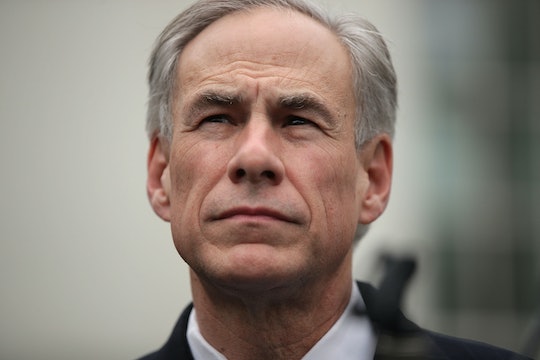 The option to adopt is a great choice for families who can not conceive a child on their own, such as LGBTQ families, or families that are simply looking to give a child a chance. Adoption has so many benefits, especially since there are so many children in the United States who are waiting to be adopted. But this Texas law discourages LGBTQ families from adopting. Now, faith-based agencies can deny providing services to families simply because of their religious beliefs.

Last week, Texas Gov. Greg Abbott signed House Bill 3859 into law in the state, which will go into effect this September. Public and private adoption and foster care agencies can now refuse to place a child in a certain home based on the agency's religious affiliation. This is discouraging for LGBTQ families, Muslim families, or single parent households in Texas wanting to adopt because now they can be turned away for having different beliefs than the agency itself. One-quarter of adoption agencies in Texas are religiously affiliated, according to The Atlantic, and there are almost 30,000 children in Texas foster care, according to HuffPost.

"Lawmakers used religion as a weapon to pass a bill that not only harms qualified candidates who want to start families, but children," Sarah Kate Ellis, president and CEO of GLAAD, said in a statement. "Discrimination has won in Texas and it saddens me that a child can now be denied a chance to live with a deserving family simply because they are LGBTQ."

The law is harsh, but according to The Atlantic, it doesn't stop families with different religious backgrounds from adopting altogether. Many adoptions in the state go through Child Protective Services, which is not subject to the new law. And agencies in Texas are already allowed to choose which families to place children with, based on different factors, such as religion. The law's wording certainly isn't encouraging for those of different beliefs who want to adopt — but this should not stop anyone living in Texas from trying to.