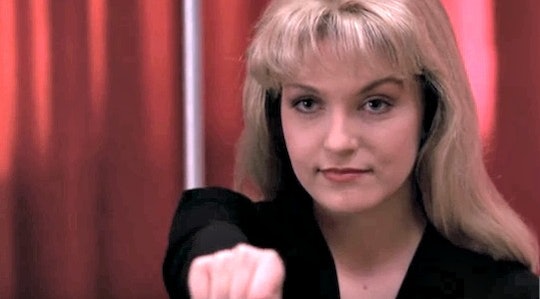 'Twin Peaks' Reboot Cast Revealed & Even Newbies Will Be Thrilled

When it comes to television these days, it seems like studios and networks will remake anything. Sometimes it's nostalgic, like Netflix's Gilmore Girls or Fuller House (both of which will be and are, respectively, wonderful in their own right). Sometimes they seem downright cool — like Showtime announcing the cast of their Twin Peaks reboot on Monday. With the sort of talent locked in, it looks like fans of the old series will have to make room for all the newcomers falling in love with the reboot.

The network released a full list of over 200 actors that are expected to appear in the new series on Monday. Some of them are old favorites, like Kyle MacLachlan, Sheryl Lee, David Duchovny, and Madchen Amick. But there are some new and unexpected stars lined up, like Pearl Jam's Eddie Vedder, Amanda Seyfried, Michael Cera, and even Jim Belushi, among hundreds of others that will make the remake everything it should be.

The clincher to this new, star studded cast is that David Lynch has finally decided to go all in and direct the whole thing. Lynch had originally pulled out of negotiations to produce a remake on the cable network. He tweeted last year that after over a year of negotiations he was leaving the project. "I left because not enough money was offered to do the script the way I felt it needed to be done," he wrote.

Somehow, network execs were able to bring Lynch back in to save the series. Just a month after Lynch essentially resigned from the series via Twitter last year, he was back on once more, in pure '90s style drama. Lynch tweeted confirmation of his involvement last May, writing that the Twin Peaks reboot was "happening again."

David Nevins, the president of Showtime Networks, said in a statement at the time that not only was Lynch back on board, but that he was contracted to do even more Twin Peaks than expected. "David will direct the whole thing which will total more than the originally announced nine hours," Nevins said in a statement, according to Entertainment Weekly.

That should be very good news for Twin Peaks fans. It also bodes well for anyone who is in search of the next big show to binge watch. With all of the stars expected to work on the project, both behind and on-screen, it's going to be just eery and drama-heavy as it ever was — and then some.