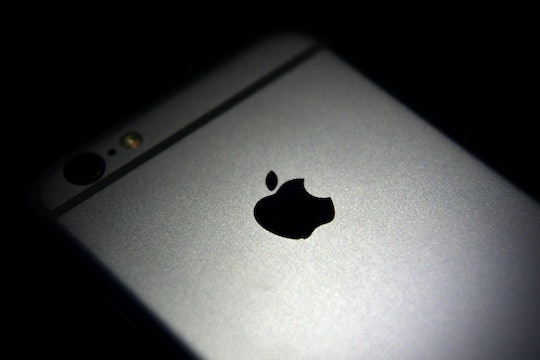 Ever tried splitting the check between a group at a restaurant? Your phone calculator is the easiest way to figure things out — that is, until you get to the part where you’re factoring in the tip, accidentally tap a wrong digit, and have to start all over. But what if there was a simple way to undo this? A newly uncovered viral iPhone calculator hack has Apple users wondering how it took them so long to figure this one out. What’s more, it really steps up your phone’s calculation game, challenging your old TI-84 in ways you never thought possible.

Jazz Johnson, a 19-year-old student at Baylor University, let everyone in on the secret. He tweeted a little demo on the feature, and Twitter, unsurprisingly, started freaking out in response. "PSA: you can backspace on the iPhone calculator," he captioned his clip, showing off just how easy it is to undo your last digit in a video. Whether it was an accidental tap or you just selected the wrong number, Johnson’s fix has you covered; All it takes is a simple swipe, either left or right, and everything’s returned to how it was before. What's more, you can do this as many times as you want, until the calculator displays the zero that you began with.

Wondering how you never knew about this before? Well, same here. See the magic for yourself below:

So there you have it folks. Honestly: How much time could this knowledge have saved you? Seconds? A combined few minutes over the years? I know, it sounds like I’m overreacting and perhaps giving a little too much credit (can we really even call it a “hack?”) but I’m truly not the only one. Students especially are floored by Johnson’s intel, and are sharing their disbelief in — what else — gif form:

Of course, there were plenty of know-it-alls, who just had to tweet out that, um, they already knew this, thanks:

But let’s give credit where credit is due: Johnson fully acknowledges that he did not discover the calculator hack himself; He merely broadcasted it to his followers any beyond. Thanking a Reddit thread for its calculator intel, Johnson told BuzzFeed news that the “new” function "certainly has made my life easier.” There’s no denying its usefulness: "I have actually thrown my phone out of frustration when messing up a calculation,” Johnson admits. Hey, we’ve all been there, but hopefully this will be a thing of the past. Now our phones are safe — unless, of course, you type the multiplication symbol instead of the subtraction symbol. In that event, no hack can help you.