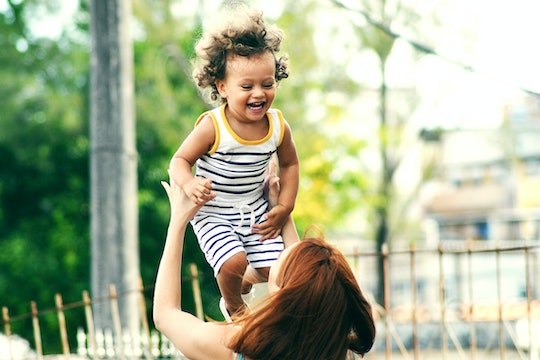 What A Working Mom's Salary Should *Really* Be

If you’re a mom, you are always on the clock. Whether you’re a stay-at-home parent or you work a standard 9-to-5 job, parenting doesn’t exactly come with a standard coffee break. And if you’re a working mom, you juggle a never-ending list of responsibilities and duties at home with your little ones and in the office. Essentially, being a working mom is equivalent to having two full-time jobs. So, if you’ve ever wondered what a working mom’s salary would be if she were paid for her responsibilities at home as well, you’re in luck because some finance experts are one step ahead of you and have come up with a very well-deserved estimate of what that would be.

To get your exact figure, just add that imaginary salary ($90,223) to your actual working salary to find out what your total compensation for being a working mom would be. For example, in the United States, the average income for American women with an advanced degree is about $50,000, according to the U.S. Census Bureau. Of course, that’s not the case for all working moms and women in general. But for fun, if you add those two figures together you’ll see a nice and totally justifiable six-figure salary. And these moms would deserve every cent of it, if it were a reality.

Researchers for Salary.com got to this figure by looking at how 15,000 moms spent their days and what each of those responsibilities would be worth financially as a job on its own by using the national median average salary for that position. From there, they calculated the average number of hours moms work in each position (for example, more than five hours as a daycare teacher and about eight hours as a cook) with the salaries for those jobs, which led them to the estimate.

According to the finance site, working moms included in the survey said they take on about 20 extra jobs on a daily basis, including traditional tasks like a daycare teacher, a CEO, a psychologist, a cook, and a housekeeper would do. As for the modern mom, her jobs at home also include being a photographer, a social media marketing manager, an academic advisor, a nutritionist, and a nurse.

Quite simple, moms do it all. And considering that almost 60 percent of American women are also working moms, this extra income would certainly come in handy. Although this six-figure salary is an imaginary figure and being a parent is an invaluable job, it's nice to see just how well off working moms would be if they got paid for these incredibly important responsibilities as well.