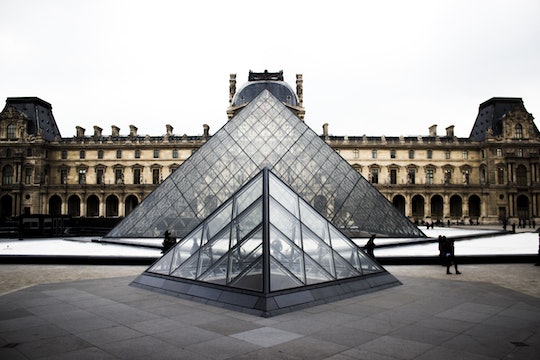 What Happened At The Louvre?

The Louvre museum in Paris was evacuated Friday after an attempted attack by a man wielding a machete, according to BBC News. What happened at the Louvre? According to police, a French soldier guarding the Louvre museum in Paris shot a man who allegedly attempted to attack security patrol officers. Paris police chief Michel Cadot explained that the armed man — who has since been arrested — shouted "Allahu akbar" as he approached a group of four guards in the museum's underground plaza, the Carrousel du Louvre, according to CNN. When the soldiers were unable to subdue the man, one of the guards fired five shots, wounding the man in the abdomen.

According to The Telegraph, the suspect was carrying two bags when he was stopped by the guards, who were patrolling the area. Police union spokesperson Yves Lefebvre said he then took out the machete and tried to attack before being shot. While authorities have yet to release any information about the suspect's identity or motive, French Prime Minister Bernard Cazeneuve called the attack at the Louvre "terrorist in nature," according to CNN, and explained that a terror investigation was underway. France has been on high alert since the terror attack at the Bataclan in Paris in November 2015, and the country remains under a state of emergency.

The two backpacks allegedly belonging to the suspect were examined at the scene by bomb disposal specialists, but did not contain any explosives, according to The Guardian. A second man — whom police said was "behaving suspiciously" — was also arrested, though he does not appear to have a connection to the attack.

The armed guards involved in Friday's attack were part of France's Opération Sentinelle, a government-launched military operation put in place in 2015 meant to ensure that "sensitive areas of the country," including popular tourist attractions, were protected following the January 2015 Charlie Hebdo terrorist attack, according to Politico. French President François Hollande upped the country's military presence again following the terror attacks that occurred later that year in November, with 3,500 troops stationed in Paris alone.

Despite the increased vigilance, the threat of terrorism continues to loom in France. In July 2016, 86 people were killed after a man drove a truck through a Bastille Day crowd in Nice. Following Friday's attack at the Louvre, Paris Mayor Anne Hidalgo told reporters that it was proof that the increased military security in the country was still needed, according to CNN, and said, "in this context of terrorist threat that concerns every big city in the world, we saw how efficient and relevant Paris security features were."

Although the Louvre is considered to be one of the most popular museums in the world, concerns about terrorism in France seem to have had an effect on tourism. According to French news agency AFP, visitors to the Louvre decreased by about 2 million people, which marks an estimated 15 percent drop in tourists between 2015 and 2016.