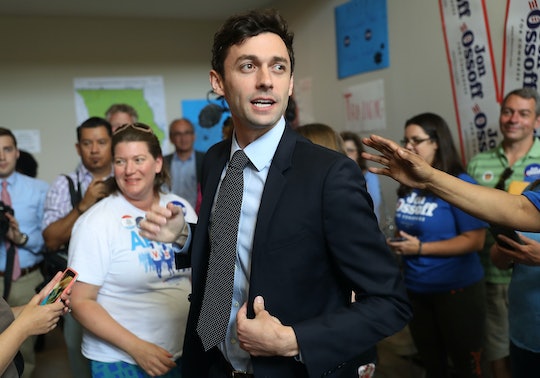 What Exactly Is A Special Election?

California will always go blue, Georgia is faithfully red. Those are the rules in United States politics, aren't they? For years, now, certain states have been loyally Democratic, or loyally Republican in all elections. While some states remain toss-ups, Georgia has long-been defined as leaning Republican in most, if not all, political matters. However, Jon Ossoff, a 30-year-old Democrat from Georgia could soon change all of that in a special election that has captured national attention, even garnering angry tweets from President Donald Trump himself. So, just what is a special election? And why is this one so important?

Basically, special elections are held every so often when someone in office is either expelled, resigns, or passes away. The special election in the 6th Congressional District of Georgia is taking place in order to find a replacement for Rep. Tom Price, who was confirmed as Trump's pick for secretary of Health and Human Services back in February. This election will determine which new representative will take Price's place in the House, where Republicans (as Price was) hold a pretty hefty majority. After the election back in November, it was thought that 2018 would be the next crucial time for Democrats to take back Congress, but with Georgia's special election, change could happen sooner rather than later.

There are a total of seven special elections expected to take place in 2017, one of which recently concluded. The special election to replace the seat of Kansas Rep. Mike Pompeo (Trump's CIA director) was held on April 11, 2017, and Republican Ron Estes won, dealing another loss to Congressional Democrats who had hoped for a partisan switch.

And now, the special election in Georgia's 6th District is in the national spotlight, as Democrat Jon Ossoff is expected to take home a majority of the votes. Ossoff is facing off against 17 other candidates, eleven of which are Republicans. However, if no one candidate broaches a 50 percent majority, the top two candidates with the largest number of votes will then go head-head in a June election to determine who goes to Washington. This primary election is still crucial, though, as Ossoff's chance to "stand up to Trump" relies on voter turnout.

As President Donald Trump himself has exhibited such a vested interest in this latest special election, it's important to remember that, while special elections are rare, they do have the ability to create change on a national level, in more ways than one. This week's race in Georgia is no different.