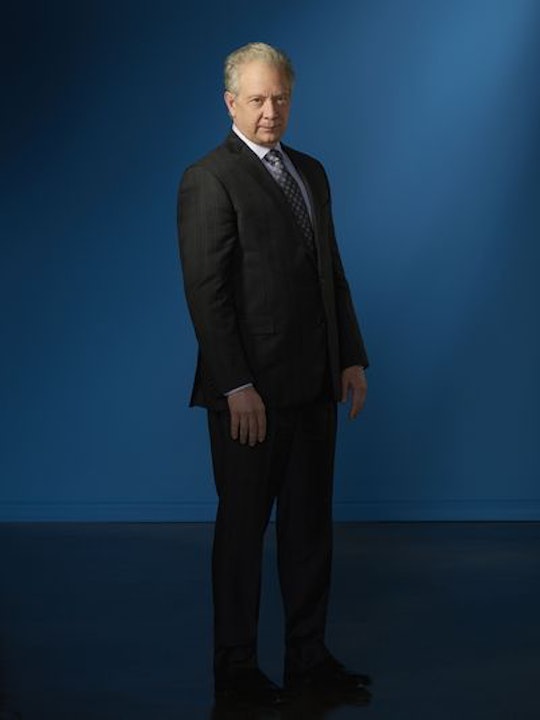 Cyrus Could've Had A Much Better Life On 'Scandal'

In the 100th episode of Scandal, the show will present an alternate reality in which Olivia doesn't go along with the plan to rig the election so Fitz can become president. This one choice affected a lot of people's lives, including Cyrus, who was also in on the plot. So what is Cyrus doing in the alternate reality on Scandal? Well whatever he's doing, it's probably better than what he's currently in the middle of — like serving some serious time in jail.

If the election hadn't been rigged, Fitz wouldn't be president and Cyrus would've never been Chief of Staff. (At least, not for Fitz.) However, it's possible he would've become Chief of Staff for someone else. Or he could've bowed out at that point, and decided to teach at an Ivy League institution, something he mentioned doing a few times over the course of the show. But what about Cyrus' personal life? Would his husband James still be alive if the election was never rigged? Would they have even gotten married?

James and Cyrus began dating along Fitz's campaign trail, but Cyrus didn't come out until Fitz's first state dinner, where he plucked James out of the crowd of journalists at the event, to join him on the dance floor. It was that move that really led them to become a full fledged couple. However, if Fitz never became president, this moment never would've happened.

That doesn't necessarily mean James and Cyrus still wouldn't have ended up together. In fact, their relationship may have been even better. If the election rigging never happened, they wouldn't have gotten into that nasty fight about it in Season 3. More importantly, if Fitz wasn't president, Sally Langston wouldn't have been the vice president and she probably wouldn't have killed her husband Daniel. Then Jake wouldn't have killed James for knowing too much about the death. (Just look at this crazy domino effect every action has.)

Instead, maybe Cyrus did just throw in the towel after Fitz lost. Maybe he decided to settle down with James, as he always wanted him to do. They could've still adopted Ella, and maybe another child as well, and while Cyrus teaches and takes care of the kids, James would work as a journalist and finally get his Pulitzer. This would definitely be a much better life than the real one Cyrus and James lived.

Fans can find out where Cyrus really ended up in the alternate reality when the 100th episode of Scandal airs on Thursday night at 9 p.m. ET on ABC.