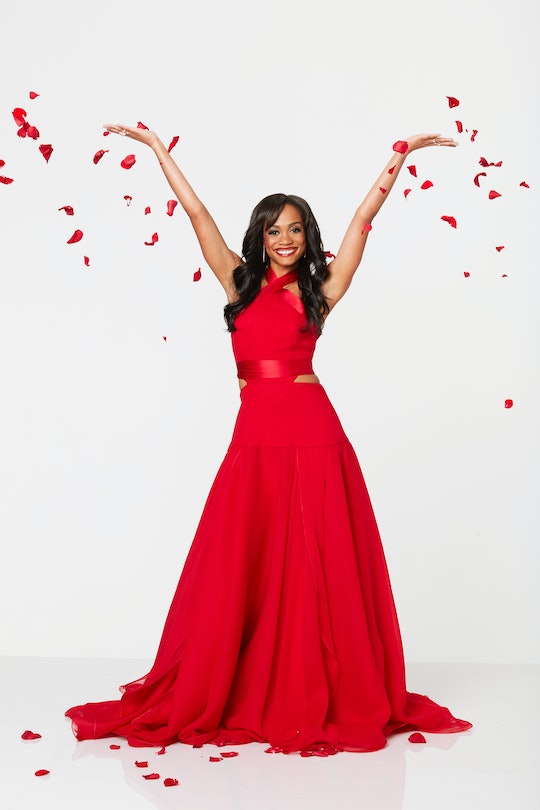 Rachel's Men Are Representing On 'Bachelor In Paradise'

Though Bachelor in Paradise features contestants from many different past seasons of The Bachelor and The Bachelorette, the show usually gleans the majority of its cast from the most recent seasons. Their stories are still the freshest in the audience's mind, so it makes sense to continue them so soon – especially since their oh-so-recent heartbreak can be easily spun into a brand new search for love. Rachel Lindsay's tenure on The Bachelorette is still finishing up, but who from Rachel's season is on Bachelor in Paradise?

The controversy surrounding Season 4 of Bachelor in Paradise involved a suitor from Rachel's season: DeMario Jackson, who hung around just long enough to get verbally destroyed by Rachel after an ex-girlfriend showed up. Production on Bachelor in Paradise was shut down once allegations of sexual misconduct between DeMario and Corinne Olympios were made public. Though the allegations were dismissed and filming resumed, DeMario did not continue on with the show. It's unclear how much footage of him will still make it into the premiere episode.

That may be the news that got the most coverage from the set, but there are sure to be other men from Rachel's season appearing on Bachelor in Paradise as well.

The full cast for Season 4 seems a little uncertain at the moment, if only because it's hard to tell if there were any casting shakeups when production stopped and started up again. When the cast was initially announced, only DeMario was confirmed from Rachel's season and he's no longer involved. Since then, it has been announced that Dean Unglert will take part in Bachelor in Paradise. After his heartbreaking elimination just a couple of weeks ago, it will be easy to root for Dean finding someone who makes him happy.

However, part of the fun of Paradise is that the cast changes often and the first wave of contestants won't be the only people on the beach. As some people are sent home, new cast members arrive to take their place. That means that more men from Rachel's season will likely appear throughout Season 4 even if their names haven't been released to the public yet. Quite a few people from both Nick and JoJo's seasons are set to show up, like Derek Peth and Raven Gates (among others).

There may not be a lot of Rachel's suitors in the current cast of Bachelor in Paradise, but there's no telling how things will change over the course of the summer.