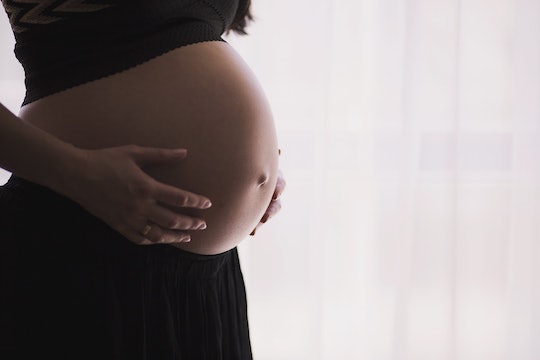 In the '80s, National Institutes of Health researcher Hilda Bastian was one of Australia's largest advocates for home births, and she traveled around the country advising women to have their babies out of hospitals. When she learned about home births' higher infant mortality rate, however, she did a 180-degree turn and started trying to reach people like her earlier self, advocating for evidence-based medicine and fighting fake news. And as it turns out, doctors' and researchers' long-time quest to kill misinformation in the health field holds many lessons for the rest of us when it comes to fighting fake news. For parents, that means teaching their kids to battle misinformation while they're still young.

Bastian recently spoke to Vox about her impressive turnaround, saying:

I think people died because of me. And I'll spend my whole life trying not to do it again and to make amends.

Luckily for the rest of us, Bastian's been doing a pretty good job — and she has solid, actionable advice for fighting misinformation, whether that means debunking anti-vaccination myths or fighting the tide of fake political news on friends' Facebook pages. Bastian has been open about the fact that it took years for her to fully change her mind about some deeply held (erroneous) beliefs, but she learned a lot in the process — and there's one lesson that's particularly relevant to parents.

In order to raise a generation of adults who eye fake news skeptically and know how to weed it out from real news, parents and educators need to start teaching those skills early on. Trying to undo bad habits later on is difficult, and kids need to learn to critically analyze news early — because some are already being fooled by it. A survey carried out by Common Sense Media last month found that over 30 percent of the 853 children they spoke to had shared incorrect news within the past six months.

According to CNN, though, educators and parents can teach their kids to critically evaluate stories and learn the value of unbiased, scientific testing. Have children figure out ways to test claims (such as different-colored M&Ms tasting differently), and consider using courses and checklists (such as the News Literacy Project's classroom program) to teach kids how to identify fake news.

"They’ve already been exposed to things that are so un-evidence-based, and the same principle applies to the general public," Stanford University professor John Ioannidis told Vox. "We need to start early on, to make people understand that basing decisions on fair tests, on science, on evidence is important."

Parents should also consider actively fighting fake news, which will teach kids to do the same by example. To do so, she suggests sticking only to proven facts to make your point, holding those who share misinformation to account, and making reliable information easy to access. Cultivating a respect for evidence is key, and people shouldn't ignore the facts that don't benefit their side of the argument.

"[Pro-vaccine advocates] act as though there’s certainty about the effects of vaccines when there isn’t," she told Vox recently. "And each time they do that, they let their side down. If you’re on the anti side, you can just drive a bus through the holes in their arguments, and people are doing that."

There are plenty of ways to combat fake news, and with a little bit of coaching, kids can learn to do the same. Hopefully, by the time the next generation grows up, fake news will be a thing of the past.