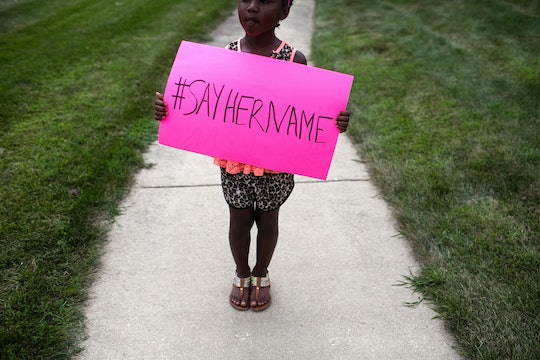 What Will Happen To Brian Encinia? The Trooper Who Arrested Sandra Bland Faces Perjury Charges

On Wednesday, a Texas grand jury decided the fate of a police officer involved in yet another death of an unarmed black person. It remains to be seen what will happen to Brian Encinia, but he will face perjury charges in connection with his July arrest of Sandra Bland, who committed suicide while being held in a jail in Waller County, Texas, for a moving violations charge. According to the Wall Street Journal, special prosecutor Darrell Jordan said the grand jury didn’t believe Encinia’s account of the arrest, which happened to be caught on a police dash-cam video.

Update: According to the Associated Press, as of Wednesday night, the Washington Post reported that Encinia will be fired from his job with the Texas State Public Safety commission following the indictment.

In particular, the grand jury did not believe Encinia's testimony that he pulled Bland out of her car, "to further the traffic stop." In the dash-cam video, Encinia uses a stun-gun on Bland in an attempt to calm her down. Bland, who was 28 and had just moved to Texas, was upset at being pulled over for failing to signal while changing lanes. After handing Bland a written warrant for the minor traffic violation, Encinia got into a heated argument with Bland.

The police dash-cam video shows Encinia's aggressive behavior towards Bland when he threatened to forcibly remove her from her car, according to The New York Times. For example, the dash-cam shows Encinia saying "I will light you up," while referring to his taser gun, in an attempt to get Bland out of her car.

According to the grand jury's ruling, this action was not in keeping with Encinia's testimony that he was just "furthering a traffic stop."

The grand jury failed to indict any of the Waller County Sheriff's Office jailers in connection with Bland's July 13 suicide. Special prosecutor Jordan said in a press conference on Wednesday's ruling to indict Encinia on perjury:

Our goal in this process is justice. Whatever that might be.

The perjury charge is a misdemeanor offense, and Trooper Encinia can face up to one year in jail and up to $4,000 in fines if convicted. His trial is scheduled for Jan. 2017.

Until then, he remains on administrative duties for the Texas Police Department.

Bland's family is mounting a wrongful-death lawsuit against the state of Texas, the Waller County Sheriff's Office, and Encinia, individually. The Wall Street Journal reported that Bland's family maintains that Bland was about to start a new job at Prairie View A&M University, her alma mater, and thus was not suicidal.