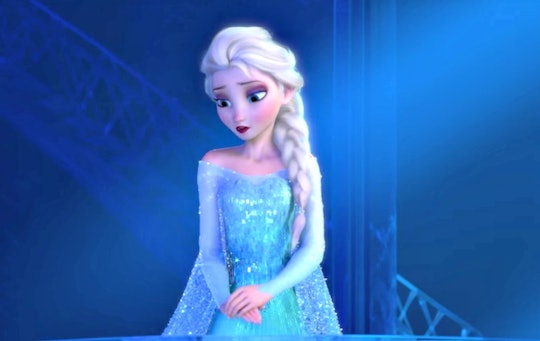 A 'Frozen' Musical Is Headed For Broadway Soon

Just when you thought that everyone might have finally let the Anna and Elsa obsession go, a Frozen musical is set to debut on Broadway and the show has already cast its two lead characters. Sorry, parents. If you've been hoping that there would be no more Olaf or Frozen swag to buy for your kids, it looks like Broadway tickets (or soundtracks, at least) are yet to come.

Patti Murin (from Chicago Med and Royals) will star as Princess Anna and Caissie Levy will play Queen Elsa of Arendelle, as the show recently announced. The Broadway debut is slated for the spring of 2018 at the New York St. James Theater. But! If you don't think you can schlep across the country to the Big Apple (or afford Broadway seats), the show will also be doing a stint in Colorado at the Denver Center for the Performing Arts’ Buell Theater from Aug. 17th through Oct. 1. So there will be a few ways to catch the show if you're up for that kind of adventure.

Levy, who will play Elsa, hasn't had many TV roles, but she is no stranger to the stage. Her credits include Fantine in the revival of Les Miserables, Wicked, and Hairspray on Broadway, as well as Ghost and Hair in London's West End. Murin, too, has some stage cred. She's been on Broadway in Xanadu, and also Lysistrata Jones, Lady, Be Good!, and Love Labour’s Lost.

And once upon a time, both women starred in Wicked (at different times, of course), with Murin as Glinda and Levy as Elphaba.

The show will also be choreographed by the Tony award winner (and oft-Tony nominated) Rob Ashford and the music will be adapted for the stage by Kristen Anderson-Lopez and Robert Lopez, who did the music and lyrics for the movie, too. With all this star power, it might be worth looking into how to get those tickets before the show reaches Hamilton-levels of impossibility.

And check it out, Levy's already been crooning "Let It Go" for ages:

After its release, Frozen basically took over every single home. Even people without kids knew who Olaf was and found themselves singing "Let It Go" in the shower. (No? Admit it.) The movie grossed $1.2 billion at the box office and, cool trivia fact, it's one of the top 10 "princess movies," but also the number one animated movie, of all time. Even cooler than that, it was one of the first Disney movies that told a story about girls instead of talking to them, joining some pretty prestigious company with the likes of Pocahontas, Mulan, The Princess and the Frog, and later, Moana. With all of that success, it's hard to believe that there hasn't already been a stage version done for Broadway.

In any case, it's on its way. So just hope you get a reprieve from the songs for a little bit before the Broadway versions start hitting iTunes. Then you're going to be in real trouble.