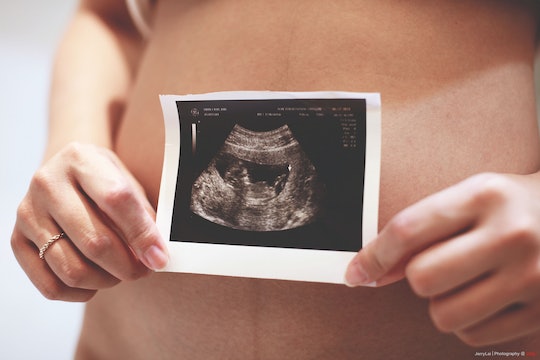 When Should You Go Off Birth Control To Start Having Kids?

You've heard both sides of this story: one friend stops taking birth control and is pregnant within four weeks, while a woman you work with went off the pill three months ago and still hasn't gotten her period. With such conflicting scenarios, it's not easy to tell what will happen when you stop taking your daily contraceptive. If you're planning on becoming pregnant, you've probably wondered when you should go off birth control to start having kids, but as you may have guessed, there's no magic formula that works for everyone.

Every woman is different, and the way your body responds to changes is going to be different than your friend, sister, or co-worker. Since you've been taking birth control, your body is used to that regular and predictable dose of hormones each month. The good news is, even when you switch things up and allow your body to go back to producing those hormones on its own, your system usually adapts pretty quick. According to Mayo Clinic, after stopping the pill, most women resume a normal period with less than a two week delay. This means you could become pregnant faster than you planned, so the site suggested you, "use condoms while your menstrual cycle gets back to normal."

However, what is "normal" for one woman, isn't normal for another — which is an important thought to consider when getting off the pill. "For some women, this hormonal cycle resumes almost immediately and, as a result, the menstrual cycle resumes within four weeks of stopping the pill," Dr. Richard Schmidt, fertility specialist and reproductive endocrinologist reported for Mind Body Green. "However, some women do not get their first period until eight to 10 weeks after stopping the pill. Both cases are totally normal." This means you should not be discouraged if your body takes a little longer to reboot post-pill than you expected.

More important than getting your period back, is how soon you start ovulating after you stop taking your birth control. When on the pill, the pituitary gland tells the ovaries not to release an egg (or ovulate), but for most women, ovulation typically returns within a few weeks of stopping the pill, according to Parenting magazine. This can come as quite a surprise for some women who may start ovulating and conceive within days of going off birth control.

To be on the safe side, reproductive endocrinologist Dr. Christopher Williams told Parents magazine that it's a good idea to give your body a few months after birth control to resume a regular cycle. This will give you the opportunity to track when you ovulate and create a more predictable schedule for baby making.

Whenever making changes in your health care regime, it's a good idea to consult with your doctor. Looping your gynecologist in on your fertility plans will open a dialogue between the two of you that can make you partners in the process.