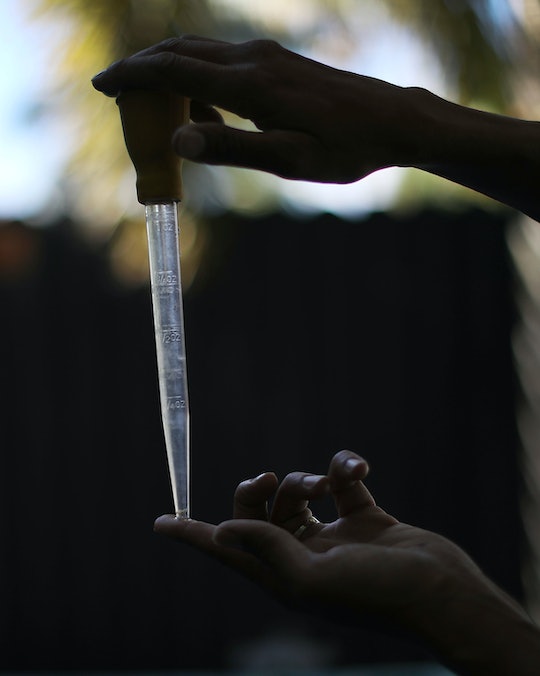 Which Northern States Need To Worry About Zika? New York Isn't The Only One

The Zika epidemic infecting women around the world is now sweeping the United States. As of Friday, 182 people in New York City have been diagnosed with Zika, including 20 pregnant women, making it the state with the highest number of infections in the country. All in all, 756 people in the United States have been diagnosed. The Aedes aegypti mosquito, which has spread Zika throughout Central and South America, is known to reside in warm climates. After New York, Florida, California and Texas lead the country in Zika infections. But which northern states need to worry about Zika?

More Like This
The FDA Has Authorized The Pfizer Vaccine For Kids As Young As 12
Survey: Just 30% Of Parents Would Get Their Kids Vaccinated Against COVID-19 Right Away
Moms To Toddlers Everywhere: This Aggression Will Not Stand, Man
Lightning Crotch Can Actually Tell You These 7 Things About Your Pregnancy

It is important to note that none of the cases reported in the United States were locally-acquired. All U.S. Zika patients became ill as a result of travel, working in a lab with Zika, or having sexual intercourse with someone who had traveled to other countries where Zika is prevalent.

Still, many states house the mosquito are known to carry the virus. A travel-transmitted outbreak can become a localized outbreak if an Aedes aegypti mosquito bites an infected person during their first week of infection, multiplies and bites someone else.

The Aedes Aegypti mosquito has been spotted as far north as New Hampshire, according to the CDC, but it is more commonly found in the Greater Washington D.C. area, Maryland, Ohio, and Kansas, according to a map the Center released earlier this month.

That doesn't mean other northern states are off the hook. An unseasonably warm summer is expected to increase the range of the mosquito. While it has not been frequently spotted in New England, the mosquito can survive as far north as Connecticut, New Jersey and Delaware.

"I’ve had people from literally all over the country calling," Daniel Markowski, a scientist with Vector Disease Control International, told The New York Times this week. "'What should we do?' ... [But] we shouldn’t live our summer in fear and hide inside, we should approach it with the appropriate level of respect that any mosquito-borne disease deserves."

So what can the average person actually do? Turns out, the precautions are simple enough.

The CDC recommends that people living in areas of infection delay pregnancy and avoid mosquito bite by using repellent, and stay in areas with air conditioning. Outside of those basics, all that's left to do is to sit back and enjoy the warmer weather... and perhaps hope for more funding so that researchers might find a reliable vaccine soon.