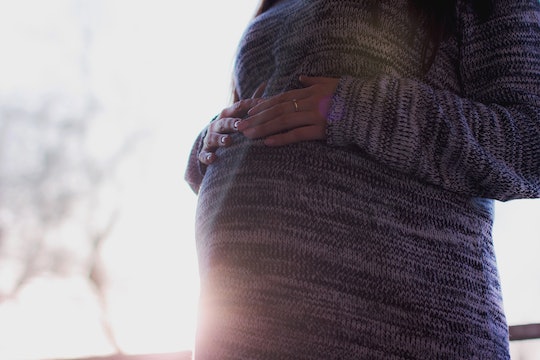 Here's Where Pregnancy Could Be A Pre-Existing Condition

Right now, health care for people living with pre-existing conditions hangs in the balance. Earlier this month, Republicans in the United States House of Representatives passed, by a narrow margin, a far more conservative version of the American Health Care Act that gives states the power to deny people essential benefits coverage. That would mean insurers in those states could once again charge people higher premiums because of their age, gender, or health needs. So which states are most likely to make pregnancy a pre-existing condition? Most likely the ones that have rallied against the Affordable Care Act from the start.

The MacArthur Meadows Amendment of the AHCA, aka Trumpcare, would allow states to apply for waivers that would allow them to opt-out of the Affordable Care Act's key provisions. That includes covering the costs of essential benefits like maternity care, as well as banning discrimination in health insurance against people with pre-existing conditions.

With the ACA, former President Barack Obama was able to extend access to health care to millions of people across the country. If Trumpcare becomes law, the legislation would clear the way for insurers to once again deny coverage or charge higher premiums to pregnant people, parents who've had C-sections, and others with specific health care needs, according to CBS News.

But how could you guess which states would apply for the waivers? You just have to look at the ones who refused to expand Medicaid, as well as those states that have passed harsh abortion restrictions.

As of September 2016, 19 states refused to expand their Medicaid programs when the Affordable Care Act passed, according to the Kaiser Family Foundation:

Without the expansion of eligibility, uninsured people who fell in the coverage gap — meaning they couldn't afford private insurance but didn't meet Medicaid's income requirements — still languished without care. According to U.S. News & World Report, those mostly-red states, spread primarily throughout the South and Midwest, refused the expansion because it's too costly to provide people with essential medical care.

All of the states that have failed to expand Medicaid eligibility also have enacted harsh anti-abortion laws. According to the Guttmacher Institute, 22 states are extremely hostile to abortion access, while four states with abortion restrictions are considered hostile. Most, if not all, of those states, plus a few others, have also challenged the Affordable Care Act, according to the Kaiser Family Foundation.

Taken all together, it's not hard to conclude which states would back out of the Affordable Care Act's key provisions and make pregnancy a pre-existing condition once again.