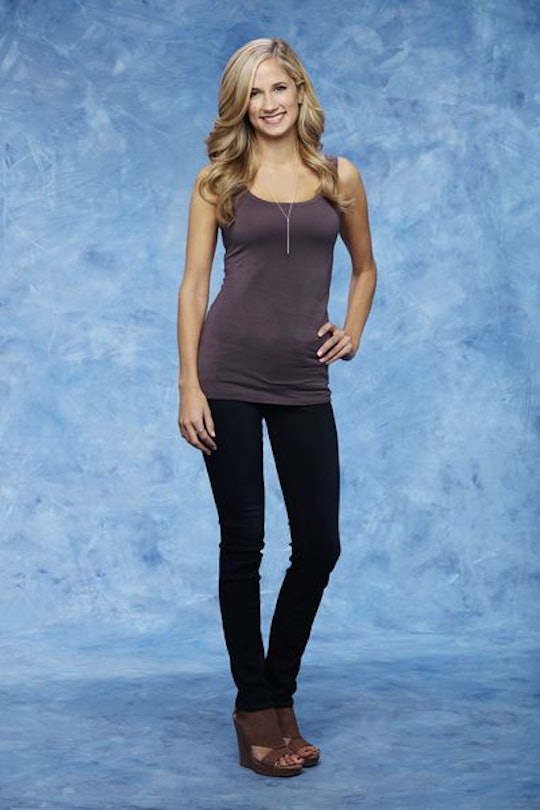 Who Is Lauren H. On 'Bachelor In Paradise'? She'll Be In Paradise Soon

There are new contestants coming in and out of Bachelor in Paradise all the time and viewers have seen firsthand how an unexpected arrival can change everything – just look at the out of nowhere triangle that brought an end to Izzy and Vinny, the couple formerly known as The Strongest In Paradise. There's no telling what havoc a new arrival might wreak, though one always hopes that it's a lot. So who are some of these new people popping up in paradise? Even though you've met all of these former contestants before, sometimes it can be hard to keep them all straight. Occasionally you need a refresher. So, on that note, who is Lauren H. on Bachelor in Paradise?

Lauren H. was the kindergarten teacher who made it to Week 6 in Ben Higgins' season of The Bachelor. Though she was pretty teary as she drove away from Ben after being eliminated, the split was fairly drama-free. She may not have found love, but she's been doing well since her time on the show and views the whole experience as a positive – if stressful – one in her life. Now that it's behind her, she's ready to try again on Bachelor in Paradise.

Lauren hails from Ann Arbor, Michigan and now lives in Birmingham. Though she was still a kindergarten teacher during her time on The Bachelor, she made some changes after the show and is now a real estate agent. Part of the reason she left teaching behind was because it just didn't make her happy, but she also had to leave the job just so she could join the cast of The Bachelor. She was denied time off for filming, so Lauren had to choose whether or not she wanted to "teach and not go on the show, or quit and go on the show." But it ended up making sense to quit: "I was planning on doing something different anyway, so why stay at a job where I wasn't happy? It was the hardest decision I've ever had to make. I probably would have never left teaching had it not been for the show."

Now Lauren is happily pursuing real estate while working for Jeff Glover & Associates Realtors. It's a job that probably gives her a lot more freedom to jet off at a moment's notice for shows like Bachelor in Paradise. And when Lauren isn't working, she seems to be enjoying her life: spending time with family, feeding camels, and catching up with all the friends she made on The Bachelor.

Friendships she made on the show have stayed with Lauren (apparently the girls from that season have a group chat called "Ex Sister Wives," which is amazing), which could make BiP an even better fit for her. "I also like that it's not as much drama between the women, it's more about the drama between relationships, and that's more interesting to me," Lauren told PostGrad Problems. "Plus I get to go hang out with my friends!"

It looks like Lauren will have some fun in paradise, but here's hoping her arrival shakes things up somehow too.