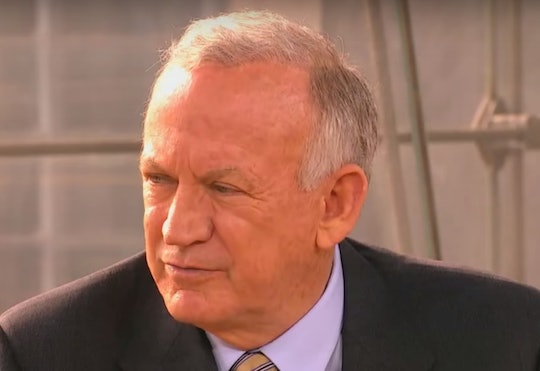 Why Didn't John Ramsey Participate In 'The Case Of: JonBenet'?

A new show may offer a fresh take on a 20-year-old murder case, but not all of the investigation's major players are involved. The Case of: JonBenét Ramsey, a CBS docuseries, aims to reignite interest in the unsolved killing of a six-year-old pageant star. In the intervening years, JonBenét's mother died. Her father, still alive, occasionally gives interviews, but viewers of the CBS show won't hear from him directly. Why didn't John Ramsey participate in The Case of: JonBenét Ramsey? The reason is unclear, but he did contribute to a different documentary that covered the case in early September.

I also know that members of the media have profited to the tune of hundreds of millions of dollars from the tragedy of this family over the past 20 years and many hope to continue to do so at the present time as they attempt to duplicate the financial success of Netflix in its recent series, Making a Murderer. There is no new information or evidence or justification for the renewed coverage of the Ramsey case other than the media’s desire to make more money on the tragedy. The fact that the brutal murder occurred 20 years ago is merely a thinly veiled excuse to seek ratings and profits by certain networks in September by declaring that the twentieth anniversary merits another mini-media frenzy. If the anniversary was a legitimate news peg, then the coverage would be occurring in December, not September.

Before The Case of: JonBenét Ramsey's premiere on Sunday, Sept. 18 at 8:30 p.m. Eastern Time, A&E aired The Killing of JonBenet: The Truth Uncovered on Monday, Sept. 5. The documentary included "the first sit-down interview" that John agreed to do in conjunction with the 20th anniversary of the crime, according to A&E. John and wife Patsy Ramsey were initially suspects in the murder of JonBenét, ABC News reported; both were exonerated by DNA evidence in 2009, three years after Patsy's death. Despite receiving a formal apology from investigators, JonBenét's parents never escaped being implicated in conspiracy theories circulated in the press and online; according to ABC News, John told A&E that the residual impact of suspicion influences his life to this day:

We keep our curtains closed. Our doors and windows are locked. Going anywhere is a major organized and planned operation. We get people coming to the door claiming to have information that can be helpful in the case.

In the A&E documentary, Ramsey acknowledged that he understands there are still plenty of people who think he could have had something to do with JonBenét's 1996 murder, according to Us Weekly. During the televised interview, he condemned the continued questioning of his innocence: "These accusations are wrong, and they are abhorrent." Ultimately, it was DNA that cleared John and Patsy, and the documentary made it clear that DNA evidence may be the most valuable tool left in the investigators' arsenal to actually convict a killer. One critical piece of evidence is DNA belonging to an unknown male, discovered on JonBenét. The documentary also suggested that a number of the stories leaked to the press in the earliest days of the JonBenét murder investigation were fabricated; Rolling Stone reported that the false allegations added to speculation about the Ramsey family members' involvement.

Though it doesn't seem that John revealed anything surprising or shocking in his interview with A&E, viewers of the upcoming CBS docuseries may miss having his input.