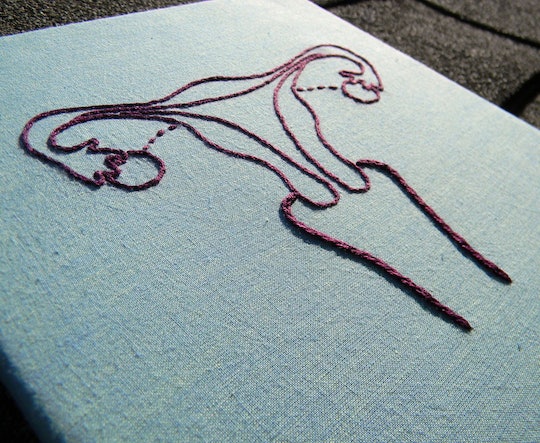 Why Wasn't The First Uterus Transplant Successful? There Were Serious Complications

This week, the first woman to receive the first ever uterine transplant came forward to announce that she was in recovery and doing well. However, on Wednesday, the woman had to have the organ removed due to complications. So why wasn't the first uterus transplant successful? It's a sad development in a case that temporarily gave hope to infertile women everywhere.

The 26-year-old woman who received the transplant, named Lindsey (with no last name given) had the surgery done last month. In a press conference with her medical team who performed the surgery at the Cleveland Clinic, Lindsey said that she was "doing well," according to CNN.

Dr. Andreas Tzakis, director of the Cleveland Clinic transplant program, also said things were looking great. "We anticipate she'll be here for a month or two ... then she should be able to have a normal life," he told CNN.

That, however, took a turn for the worst when, on Wednesday, the Cleveland Clinic reported that the uterus had to be removed due to a complication with the transplant.

"We are saddened to share that our patient, Lindsey, recently experienced a sudden complication that led to the removal of her transplanted uterus," the clinic said, according to CNN.

CNN reported that the circumstance of the complication is being reviewed by the Cleveland Clinic and that Lindsey is currently recovering from the removal. Therefore, they won't know exactly what caused the complication in the first place until more investigating and research can be conducted.

But why wasn't the first uterus transplant successful? Unfortunately, the body can reject transplanted organs, which may have caused some complications with the surgery. According to a separate CNN article, Lindsey had been taking anti-rejection medication to stop the body from doing just that — rejecting the transplant.

According to Slate, the human immune system is designed to "attack" anything it doesn't recognize. Slate columnist Daniel Engber said organ transplants can be difficult for that reason:

White blood cells recognize the body's tissues by looking for a set of antigens on the surface of each cell. The most important of these make up the major histocompatibility complex. When your immune system finds cells in your body that don't show the right MHC proteins, it tries to destroy them.

In a statement released from the Cleveland Clinic, doctors said that this news is both difficult for the patient and the medical team, but Lindsey is doing well and recovering.

Hopefully, the review of why the organ did not work will come back with results that will make the next uterus transplant successful.