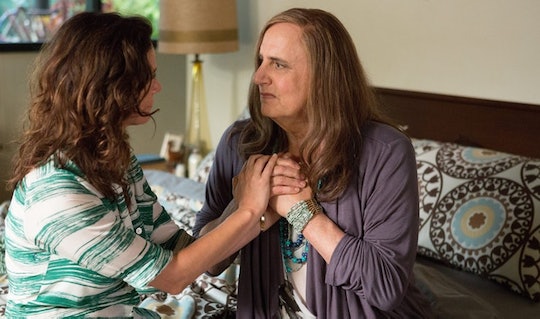 'Transparent' Was Snubbed By The 2017 Emmys

Amazon series Transparent has been a successful show for the streaming service for going on four seasons now, so it was almost expected that it would clean up when the 2017 Emmy nominations were announced. But why wasn't Transparent nominated for a 2017 Emmy Award this time around? Jeffrey Tambor was nominated for Lead Actor in a Comedy Series and both Kathryn Hahn and Judith Light got nominations for Supporting Actress in a Comedy Series, but the show itself was snubbed this year.

One possible reason behind the snub was that the competition was extra fierce this year, including Veep, which received nominations in multiple categories, and new FX series Atlanta. Even so, the past success of Transparent is hard to ignore, since the upcoming fourth season was previously renewed ahead of its Season 3 premiere, showing Amazon's faith in their original series.

But since Transparent was nominated in 2016 for an Emmy Award for Outstanding Comedy Series, fans noticed the absence of the show on the nominations list this time around. Though as some fans will claim, the show doesn't feel like it should even be in the comedy category at all, and with the very stiff competition for the drama category, it definitely didn't find a place among those titles this year either.

For the 2017 Emmy nominations, the Outstanding Comedy Series category included Atlanta, Black-ish, Master of None, Modern Family, Silicon Valley, Unbreakable Kimmy Schmidt, and Veep. Given that these particular series are on either highly sought after networks or Netflix — which is becoming known for its original series content — they may have simply done better in overall ratings and viewership.

But just because Transparent was snubbed out of an Emmy Award this year, it doesn't mean that the nominations for its actors or for other aspects of the show are any less important. In addition to Hahn, Light, and Tambor gaining their own Emmy nominations for Transparent, the show itself earned some in other areas as well.

Transparent did get an Emmy nomination for Outstanding Contemporary Costumes for a Series, Limited Series, or Movie, and just as it did in 2016, it was nominated for Outstanding Casting for a Comedy Series. Although fans are probably feeling the blow of the snub in Outstanding Comedy Series, there's always next year and with Season 4 premiering in the fall, they can be sure that there will definitely be a chance next year for the series.