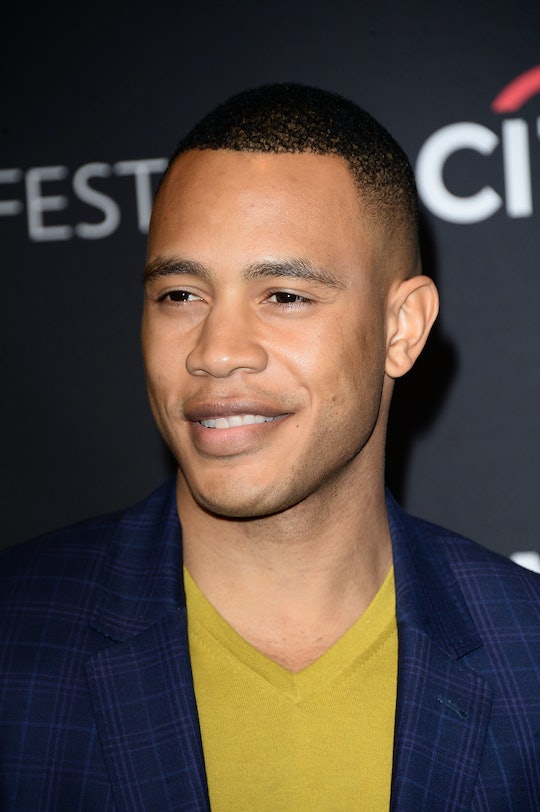 Will Andre Kill Lucious On 'Empire'? He Won't Be Working Alone

Empire won't be back until March, so fans will have more than three months to stew over the fact that once again, Lucious has a son coming after him. But will Andre kill Lucious on Empire? When he had his talk with Shyne (Xzibit), it seemed like it was his definite plan, but can the eldest son of the man himself actually go through with it? While it's kind of hard to believe that he'll be able to do it, it's also about time he tried to avenge Rhonda since the poor woman was so forgotten that Twitter is always asking about her funeral, since they never really had one for her.

If you remember (does anyone?), Lucious helped to cover up the fact that Anika is the one who pushed Rhonda down the stairs in Season 2, almost killing her and in the process, killing the baby she was pregnant with. And now, Lucious is playing house with the same woman, who is his other son's baby mama, who is now also his wife. So far, Season 3 hasn't seen much in the way of mentioning what Anika did or the fact that Rhonda falling off the high-rise balcony was kind of Anika's fault. So in a way, Andre finally wanting to get revenge on Lucious seems oddly placed, but it's also been a long time coming.

After his final heart to heart with Rhonda's ghost/the version of Rhonda in his head, she told Andre to get back at Anika for what she did to them and then Andre finally said goodbye. It was a weird, creepy, and sad sort of scene, but for Andre it worked. The next time he was seen, he was talking to Shyne about having proof that the producer is the one who fed information to the FBI which resulted in Empire's assets being frozen for 30 days.

Before Shyne could get out any threats, Andre assured him that all he wanted in exchange for his silence was to work together and eventually, kill his father. But will Andre kill Lucious on Empire? Terrance Howard probably isn't going anywhere anytime soon, but figuratively speaking, Andre has the potential to destroy his father, along with the wife he so hastily married.

With Shyne's help and no one else knowing about their plan to take Lucious down, Andre will likely get far in his plot to kill Lucious, but the patriarch probably isn;t going to be killed off for a long time, if at all. The important thing, though, is that Andre is finally doing something.