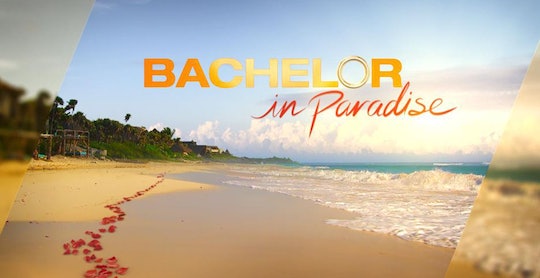 There Is A Chance 'Bachelor In Paradise' Could Return

After allegations emerged of sexual misconduct on the set of Bachelor in Paradise, production on the show was halted and it was presumably cancelled. But now it looks like the show might not be gone for good. With new reports, you may be wondering: will Bachelor in Paradise return?

Initial reports came to light after a producer filed a complaint about events that occurred early on in filming, in which it seemed like a female contestant was too inebriated to consent to sexual activity. The production team of Bachelor in Paradise faced criticism for not intervening, and it appeared that an investigation was launched to look into the allegations. Now TMZ is reporting that no sexual assault occurred and production will go forward on Bachelor in Paradise.

This was confirmed by a statement Warner Brothers released to People, which read:

As we previously stated, we recently became aware of allegations regarding an incident on the set of Bachelor in Paradise in Mexico. We take all such allegations seriously. The safety, security and well-being of the cast and crew is our number one concern, and we suspended filming so that the allegations could be investigated immediately and thoroughly. Our internal investigation, conducted with the assistance of an outside law firm, has now been completed. Out of respect for the privacy interests of those involved, we do not intend to release the videotape of the incident. We can say, however, that the tape does not support any charge of misconduct by a cast member. Nor does the tape show, contrary to many press reports, that the safety of any cast member was ever in jeopardy. Production on this season of Bachelor in Paradise will be resuming, and we plan to implement certain changes to the show’s policies and procedures to enhance and further ensure the safety and security of all participants.

It appears production on Bachelor in Paradise will be picking up right where it left off, with filming occurring at the very same beach and Season 4 airing later this summer as planned. It's unclear exactly what kind of safety measures the show plans to take, or how they think viewers will be able to watch the show in the same way after what happened.

The allegations may have ended with dismissal from Warner Brothers after they determined no assault had occurred, but it seems difficult to imagine that the series could continue the way it had before.