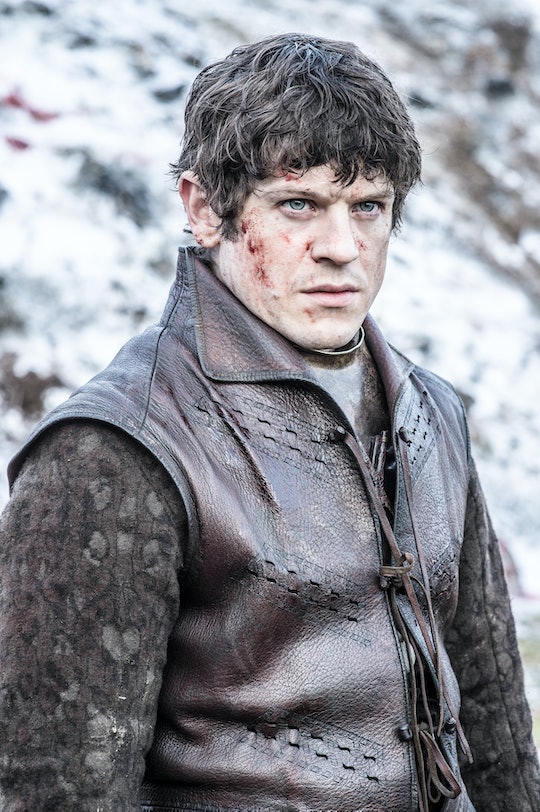 Will Brynden Kill Ramsay On 'Game Of Thrones'? He Has Motive And Opportunity

Ramsay Bolton's days are numbered. So far, he's had free reign to visit all manner of horrors upon characters who really don't deserve them. Ramsay is pure evil; there are no layers to it, and it can be exhausting watching him torture people over and over again. It seems like some kind of conflict is imminent now that Ramsay has captured Rickon and officially challenged Jon, but who exactly will be the one to take Ramsay off everyone's hands? It could be a character mentioned briefly in the most recent episode, "The Door" – namely, Catelyn Stark's uncle Brynden Tully, also known as the Blackfish. Will Brynden kill Ramsay on Game of Thrones?

The Tullys re-entered the conversation when Littlefinger sought a meeting with Sansa (in which she royally schooled him, go Sansa!). He informed her that the Tullys of Riverrun were building their army back up after the disaster of the Red Wedding and their subsequent conflict with the Freys. Brynden is currently in control of Riverrun after wresting it back from Freys, who he has serious beef with. Brynden escaped being another victim of the Red Wedding himself, and very narrowly at that, so he's got a definite bone to pick with the Freys and the Boltons, who carried it out.

Brynden was also extremely loyal to the Starks, particularly Robb; he supported Robb's claim to the throne and was a helpful advisor to him, though Robb didn't always heed that advice. Sansa sends Brienne to meet with Brynden at the end of "The Door," which could prove to be a shrewd decision; Brynden would be an incredibly powerful ally. Not only does he share Sansa's enemies, but he's a skilled battle commander and a respected knight.

It seems like everything is aligning for Brynden to be very important to the upcoming battle. He could provide the extra forces Jon and Sansa need to take back Winterfell, plus his loyalty wouldn't be in question at all. Brynden might be just the support Jon and Sansa are looking for as they begin their quest to go after what belongs to them.

However, he may have to get in line. Ramsay has made himself a long list of enemies and there's more than one person ready to take him out. A case could be made for any number of characters – from Sansa to Theon to Jon – ending Ramsay's life, and it's genuinely uncertain just who might be the one (for the record, my money's on Jon). Still, even if Brynden doesn't end up dispatching everyone's least favorite bastard himself, he'll probably be a great ally in the fight to come.