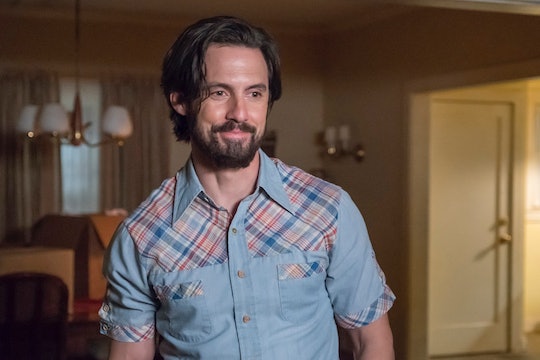 The second season of This Is Us might have been even more emotional than the first, especially because it finally divulged the details of Jack's death. The stretch of episodes about his passing were some of the most painful of the series, but the Season 2 finale will take a bittersweet turn by showing fans what could have been if he'd survived. The promo for the finale provides just a glimpse of Jack as an older man, but will Old Jack be in more This Is Us episodes?

It's difficult to be definitive ahead of time, but it seems like Old Jack will be a one time thing. The show isn't throwing him in there just to torture the audience; his presence actually makes sense within the context of the episode. The finale focuses on Kate and Toby's wedding, so it's understandable that Jack would be on everyone's minds. This is a major event for the Pearsons and it would be impossible to get through it without thinking of the family members who aren't there, but should be. Jack missing Kate's wedding must be especially difficult because of how close they were, so Old Jack is likely there to assuage those feelings a little bit.

As good as it will be to see Jack as an old man at his daughter's wedding, it will be tough to watch knowing that it's not true. However, executive producer Isaac Aptaker told Variety that their intention wasn't to imply Jack had secretly survived or deliver a downer of a finale. They wanted to have a final episode full of "hope and joy and optimism" after a season "so marked by grief and tragedy and mourning." But Aptaker also remarked on how intense it was to see Old Jack considering everything that had happened.

We're not playing any games. but I will say that seeing him was one of the most visceral punches that I think we ever had. It's so powerful and poignant and haunting and tragic all at once.

There's a good chance the appearance of Old Man Jack will be similar to the fantasy sequence in "Number Three," in which William visualized what it would have been like if he had become a part of Randall's life after meeting with Rebecca. Seeing William there while Randall was growing up was incredibly satisfying in one way, but it was also gutting because fans knew it wasn't real. Seeing Jack at Kate's wedding could inspire similar feelings.

Series star Milo Ventimiglia spoke about those conflicting emotions with E! News while discussing the episode. He said:

It's a side of Jack that we haven't seen. It's something I think a lot of the audience would have loved to see is this man in his 70s and we're hoping that it maybe softens the blow a little bit of the fact that he's not around anymore. But I think it's probably going to do the opposite and people are going to be a little upset, but what a fun opportunity.

It doesn't look like Old Jack will be a permanent addition to This Is Us, but rather a brief exploration of what the world of the show would be like if he hadn't met his untimely end. It's always possible they could dip back into that well in the future if Old Jack resonates with another storyline, but it's unlikely. This has particular poignance because Jack's death still feels so fresh for the audience. It's significant in a way it wouldn't necessarily be at another point in time. So while it will be amazing to see Old Jack at the wedding, there probably won't be a repeat performance.