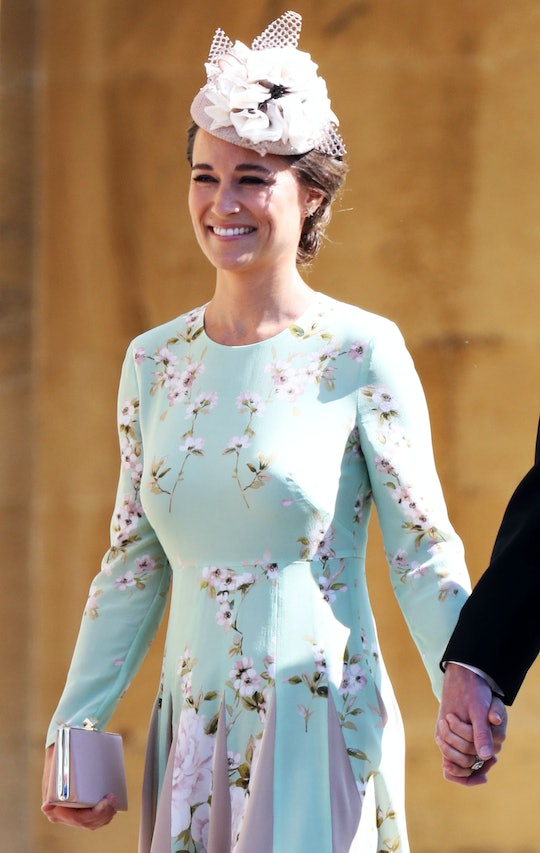 After the royal family welcomed their youngest member in April, fans have been anxiously awaiting the day they'd get to see Prince Louis again. Traditionally, that hasn't happened until the royal baby is christened, as the family keeps the youngster out of the spotlight during his first few months of life. So, as the youngest member of the royal family's christening draws near, it's fair to wonder about some of those key details of the ceremony, including who his godparents might be. For example, could Pippa Middleton be Prince Louis' godmother?

It's hard to say for certain until the day of Prince Louis' christening, which will take place next month on July 9, according to People. The young royal, who was born on April 23, will be christened at The Chapel Royal, St. James's Palace by none other than the Archbishop of Canterbury, Justin Welby, according to Kensington Palace. And it's at the christening — which is expected to be a private, family affair — all of the baby's godparents will finally be revealed.

But if you're taking bets on who will get this honor, you might want to take Aunt Pippa out of the running. Previously, Prince William and Kate Middleton, the Duke and Duchess of Cambridge, have chosen six or seven godparents for their children, most of whom have been close friends.

Prince George's godparents include one family member: Zara Tindall, who is Prince William's cousin, and recently welcomed a baby girl.

However, as for Princess Charlotte — who was born on May 2, 2015 and christened on July 5 of that same year, according to CNN — her godparents did actually include some family members.

For the princess' christening, her parents named five godparents to look after the little one, according the royal family website. Those godparents include:

And yes, you probably did notice that one of those godparents has the same last name as Princess Charlotte's mother. Mr. Adam Middleton is a cousin of Princess Charlotte's mother, who the Duchess is reportedly quite close to, according to Hello! Magazine. Additionally, Laura Fellowes is a cousin to Prince William, and the daughter of Princess Diana's sister, Cynthia Jane Fellowes, according to Hello! Magazine.

So family members aren't entirely out of the running for royal baby godparents, but it seems like cousins are as close as it gets.

But don't forget, both Pippa and Prince Harry already have the honor of being an aunt and an uncle to these royal kids, so that's definitely a nice title to have. Whoever ends up making the list for Prince Louis' godparents, it's probably safe to assume that being Aunt Pippa (and Prince Harry) is fulfilling enough as it is.