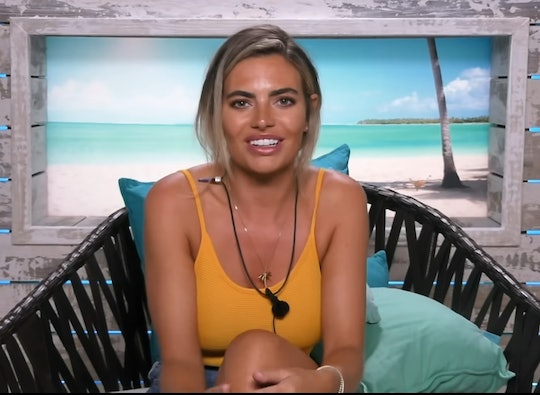 An American Version Of 'Love Island' Is Heading To CBS

There are plenty of reality dating shows and competitions in the U.S. but there are none like the popular British series, Love Island. If you're unfamiliar with the show, it's kind of like Big Brother meets Bachelor in Paradise and people are totally obsessed with it. However, because it airs in the UK sometimes it can be hard for Americans to watch it live leaving some to wonder if there will ever be an American version of Love Island. Well, it seems fans' prayers have been answered.

It was announced on Wednesday that ITV2, which airs the popular series in the UK, has sold the rights to the show CBS. Sharon Vuong, the senior VP of alternative programming at CBS, told The Hollywood Reporter, "Love Island has been a massive success overseas. We're thrilled that ITV has partnered with us to bring their most successful show to American television. Having seen the reaction of audiences across the pond and around the world to this most recent season, we expect American viewers will be captivated by this engaging format."

The way Love Island works, for those new to the show, is a group of contestants, or Islanders, are sent to a tropical location where they have to pair up or risk being eliminated. Over the course of the show there are a number of challenges and twists to the gameplay, with some contestants forming strategic relationships and others actually finding love. There's also an interactive component that allows viewers the chance to vote on who stays and who goes. The last couple standing wins 50,000 pounds.

ITV Entertainment will still produce the series for CBS, which means it'll probably be pretty much the same as the original version just set in the U.S. There's no premiere date set yet for the new show, but fans probably shouldn't expect the first season until at least next year. Love Island is definitely more of a summer show so perhaps Summer 2019 is when the show will begin airing.

Until then, you can watch seasons of Love Island on Hulu if you have it. There are four seasons currently available to marathon, so if you want to get a taste of what to expect from the American version that is the perfect place to start.

Although some fans are excited about the fact that Love Island is coming to the U.S. many are not. Some feel that the American version won't compare to the UK one while others feel that the last thing we need is yet another version of Love Island (there's already an Australia edition). Regardless of whether people are happy or mad about the news, it is happening. The only real question is will the American version of Love Island do as well as the original?

American television is already pretty saturated with reality TV shows. On CBS alone, Love Island would already be competing with Big Brother, the network's well renowned summer series that continues to succeed in ratings for the three nights a week it's on. And there's no shortage of dating series either. There's the Bachelor franchise and MTV's Ex on the Beach. Not to mention pretty much every show that's airing on Bravo. The U.S. has enough reality TV to go around so can Love Island really find it's footing in an already saturated market. Honestly, it probably will.

No matter how many reality series there are, new ones are always interesting. Whether people tune in to see how the show differs from the original or just to see if it's worth the hype, people will definitely at least give Love Island a try. All they need now is a premiere date.