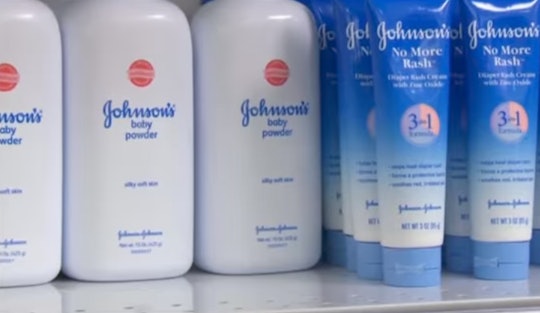 A jury in Missouri ordered the Johnson & Johnson company to pay a large sum to a Virginia woman for allegedly failing to disclose the cancer risk associated with its baby powder and another product produced by the health product company. The woman with ovarian cancer received $110.5 million from Johnson & Johnson for the lawsuit, which is not the first of its kind.

USA Today reported that Lois Slemp, 62, won the case after suing the company when she was diagnosed in 2012 with ovarian cancer. She claimed that Johnson & Johnson concealed the possibility that talc in its baby powder, as well as its Shower to Shower products, can cause cancer.

We deeply sympathize with the women and families impacted by ovarian cancer. We will begin the appeals process following today’s verdict and believe a jury decision in our favor in St. Louis in March and the dismissal of two cases in New Jersey in September 2016 by a state court judge who ruled that plaintiffs’ scientific experts could not adequately support their theories that talcum powder causes ovarian cancer, further highlight the lack of credible scientific evidence behind plaintiffs’ allegations. We are preparing for additional trials this year and we will continue to defend the safety of Johnson’s Baby Powder.

ABC News reported that most research has found a weak link or no link between ovarian cancer and baby powder being used for feminine hygiene. Most major health groups, ABC News reported, have declared talc harmless.

However, the American Cancer society reported that the International Agency for Research on Cancer, part of the World Health Organization, classifies genital use of talc as "possibly carcinogenic" to humans. But ACS/Cancer.org also reported that, "It is not clear if consumer products containing talcum powder increase cancer risk," and that studies of the personal use of talcum powder have resulted in mixed conclusions.

USA Today reported that this is not the first case of this kind that the company has lost. Past verdicts included awards of $72 million, $70 million, and $55 million. Johnson & Johnson faces several federal class-action suits in the matter, according to USA Today.

Consumerist reported that at least one lawsuit against Johnson & Johnson cited a 1982 study on the issue of a link between talcum-based powders and cancer. That site reported that the study found a 92 percent increased risk of ovarian cancer among women who used talc-based products around their genitals.

But the American Cancer Society reported that there have been a lot of studies in women that researched the possible link between talcum powder and cancer of the ovaries, and that findings have been very mixed. The organization made the point that "these types of studies can be biased because they often rely on a person’s memory of talc use many years earlier."

As Cancer.org reported, research of this particular topic and link continue. But following three weeks of testimony in Slemp's case, ABC News reported that a 12-person jury spent 10 hours deliberating before delivering the verdict against Johnson & Johnson.

They chose to put profits over people, spending millions in efforts to manipulate scientific and regulatory scrutiny. I hope this verdict prompts J&J to acknowledge the facts and help educate the medical community and the public about the proper use of their products.

But Johnson & Johnson rejected the suggestion that it should have warned consumers of the risk. And in response to Romper seeking comment on the case, Ernie W. Knewitz, vice president of media relations for Johnson & Johnson, sent a link entitled "4 Important Facts About the Safety of Talc" along with their official statement, presumably to show that the company has made an effort to advise consumers about the use of talc and facts about the mineral.

ABC News reported that the suit also named supplier Imerys Talc, which was held liable for $50,000 in this case. That supplier has been held accountable in only one other talcum case. In a statement, the company stated that it is, "confident in the consensus of government agencies and professional scientific organizations that have reviewed the safety of talc."

Unfortunately, Slemp's cancer has spread to her liver, and she was too sick to attend the trial. But the Associated Press reported that an audiotape of her deposition testimony was played for it. In it, she reportedly said: “I trusted Johnson & Johnson. Big mistake.”

The link between ovarian cancer and the use of talc is unclear, though most studies show a low risk when baby powder is used for feminine hygiene. In this case, the jury that heard Slemp's case felt that she had an argument and gave her the win. To learn more about ways to stay healthy and maybe reduce your own risk of cancer, see the American Cancer Society's guide to staying healthy.