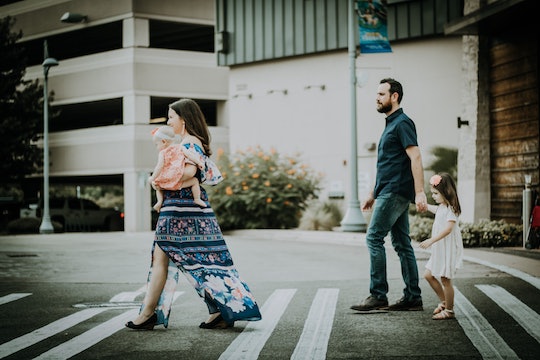 Your Spouse Can Actually Make Your Medical Conditions Worse, According To A New Study

Fighting with your partner is awful. It's hard on the relationship and can be rough on your mental health. According to new research, fighting with your spouse can actually make medical conditions worse than they already are. Especially chronic pain, and, as is often the case, it affects women the most. Researchers found that people with chronic lower back pain who are criticized by their spouse may feel the pain more intensely and more consistently than those who receive support from their loved one.

A study published in the journal Pain claims that women with chronic pain and depressive symptoms are the most vulnerable to criticism from their spouse or partner — even if it's just perceived.

This is a really important study and not just because of the results. But even just the fact that it focuses on the negative aspects of support systems. Having a steady partner or available family isn't a good thing if they're hard on the patient.

Lead study author John Burns of Rush University in Chicago said, "These [new] findings point toward the harmful effects of specific negative spouse communication directed toward pain patients." His team is using the results to create an anti-criticism marital intervention program and try to reduce criticism and hostility. Because sometimes "helpful" spouses are actually anything but.

The study monitored 71 couples during a 10-minute orientation discussion about whether the spouse with chronic pain could do a task. They then observed the person with pain doing the "structured activity," which included walking, reclining, sitting, and stretching, while the spouse watched. The researchers monitored the criticism from the spouse and also the effects on the patient, perceived or overt.

The conversation before the activity was intended to cause some conflict, but the researchers didn't try to manipulate a person's hostility in any way. What they found was that the spouses who asked the most questions about whether the activity would hurt or cause more pain were also the ones to give the most "helpful" or critical suggestions during the activity.

Women were the most vulnerable and reported the highest anxiety during the whole experiment. As one can imagine, women with the most hostile and critical spouses also had the highest levels of depression and pain. It wasn't like every couple was fighting — even the "happy couples," Burn said, experienced this effect.

Sometimes dismissal or insincere concern could be as detrimental as someone just just blatantly being a huge jerk. Dr. Annmarie Cano of Wayne State University in Detroit told Reuters:

It is surprisingly easy to respond to a loved one by dismissing their experience, criticizing them, or reacting with hostility or contempt. But these responses are painful, not only psychologically but physically as well.

Since pain can't be seen or felt by another person, it can be hard to convey just how serious it is to others. Hopefully, more research will be done exploring how partners and families can best support the people in their lives who suffer from chronic pain, or even any chronic disease. Because in most cases, people want to help — not hurt — their spouse any more than they already do.