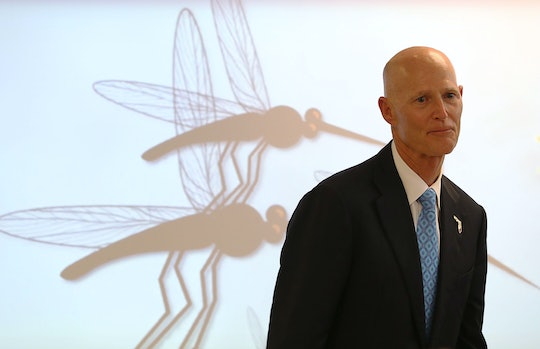 For the last several months, Zika virus has dominated the news — and for good reason. Zika, which began as an isolated outbreak in February 2015, became a global pandemic less than three months later. The illness was linked to neurological problems, microcephaly, and other birth defects, and it continues to spread. Without a vaccine or cure, Zika shows no signs of slowing down. However, while many have been focusing on how the virus affects women, pregnant women, and unborn children, some are wondering what the Zika virus means for men: how does it impact them, specifically, and what hidden dangers could it hold?

Unfortunately, not much is known; however, the greatest concern to date is the presence of Zika in semen, mainly because it is unclear how long Zika remains in semen, according to the Centers for Disease Control and Prevention (CDC):

Zika can be passed through sex from a person who has Zika to his or her sex partners..it can be passed from a person with Zika before their symptoms start, while they have symptoms, and after their symptoms end...[and whle] studies are underway to find out how long Zika stays in the semen and vaginal fluids of people who have Zika, and how long it can be passed to sex partners. We [the CDC] know[s] that Zika can remain in semen longer than in other body fluids, including vaginal fluids, urine, and blood.

This means if a man contracts Zika, he could potentially infect his sexual partner(s) and/or put his unborn baby/future unborn babies at risk indefinitely. And, as Dr. Anthony Fauci, director of the National Institute of Allergy and Infectious Diseases, explained to CNN, this is a huge problem, as women only have to worry about transmitting Zika for a short, and finite, period of time:

We've measured the virus in the blood of people who've been infected, and it usually clears the bloodstream in five to seven days, or 10 days at the most.

Dr. William Schaffner, a professor at the Vanderbilt University Medical Center and a member of an advisory panel for the CDC, echoed a similar sentiment:

The fellas clearly have an ongoing problem.

And, according to CNN, it seems many infectious disease experts agree:

Reproductively speaking, men — not women — have the most reason for concern after visiting a country with a large Zika outbreak.

In fact, this undiscovered element — the lifespan of Zika in semen —is so disconcerting that Schaffner told CNN, if his son were to be exposed to Zika, he would advise him not to get his wife pregnant until experts know more about the disease and its transmission. “I'd tell him to be patient until science works out this question,” Schaffner said.

The good news is that many researchers and health organizations are working round-the-clock to answer said questions. Unfortunately, to date, these answers remain elusive and Zika remains an unsettling unknown for women and men.