Andrew Burlinson is an actor and writer whose career spans over twenty years in theater, television and film. Best known as Scott Quinn on the Emmy nominated Amazon Prime original 'Just Add Magic' and as Burly, the guitarist for Mouse Rat, on 'Parks and Recreation,' Burlinson was a Blue Man in the world famous Blue Man Group and has appeared in so many commercials that someone at a baseball game once recognized him as “that guy from that thing on TV.” Originally from New York, Burlinson has a BA in English from Harvard and studied acting in New York, Chicago and Los Angeles. He co-wrote the award winning new media series 'Grip and Electric,' which was recommended by The New York Times and Tubefilter. He lives in L.A. where he spends a lot of time jamming in the garage and perfecting his killer chocolate cake recipe with his wife and daughter. 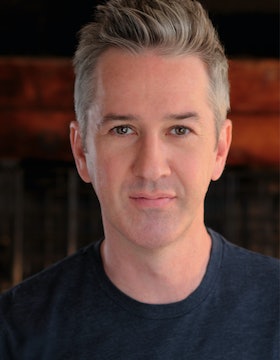 I was the reason we couldn’t get pregnant — and I couldn’t talk about it with anyone.