Jack MacCarthy (he/they) is a non-binary writer and creatrix, currently making the transition from theatre to film and TV. They write funny, devastating stories about women and/or queer and/or trans people, all of whom are simultaneously sympathetic and destructive. The New York Times called his work "a lot of fun," and Kate Bornstein said it was "f*cking brilliant." Jack's plays have been performed everywhere from the Edinburgh Fringe Festival to the New York City subway and beyond. For eight years, Jack ran Caps Lock Theatre, an award-winning, often site-specific, scrappy af theater company in New York. Jack is a critically acclaimed YA novelist with Squad (published by FSG, 2019), which was a Washington Blade Springs Arts 2019 Book List Pick and Barnes & Noble Most Anticipated LGBTQAP YA Book of 2019 ("won me over" -NPR). He is also a proud birth mother; his true story of giving birth to a child he placed for adoption was the subject of an Amazon Original commission, "My Boy, Their Son," which was #1 in Adoption, as well as the award-winning solo show Baby Mama (“★★★★★” -Broadway Baby). They moved to Los Angeles just before the pandemic hit, where he lives with his cat Sophie. They are Communications Manager of The Outwords Archive, an LGBTQIA2S+ storytelling nonprofit, and he performs comedy on the internet with his Ruby sketch team, Sleepless. Get to know them at jackmaccarthy.com! 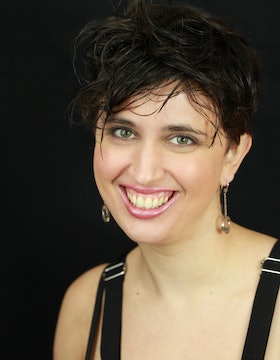 Why Isn't Adoption Part of the Anti-Surrogacy Conversation?

I Made Padsicles To Soothe My Postpartum Vagina & Guys, I'm A Genius

I'm A Birth Mother, & Mother's Day Is Tough For Me

I Went Braless For A Week & Here's What Happened

Why I Always Ask For My Son's Consent Before Hugging Him

I'm A Birth Mother. Please Stop Asking Me If I'm A Surrogate.

Why I Talk So Openly About My Pregnancy Sex Experiences

When You're A Birth Mother, There Is Literally No Pregnancy Advice That Acknowledges You

I Had A Meltdown Getting An IUD After Giving Birth

Adopting A Kitten Brought My Birth-Mother Guilt To The Surface

Honestly, I Couldn't Have Given Birth Without My Labor & Delivery Nurse By My Side

As A Birth Mom, Sometimes I Feel Like A Fraud