Yasmeen Khan is the host and managing editor of Childproof, Ten Percent Happier’s podcast focused on parenting. She was a public radio journalist for nearly 15 years, at WNYC Radio in New York and before that at North Carolina Public Radio.

While at WNYC, her award-winning work included coverage of the New York City schools; youth and family life; and policing. She produced in-depth stories on the city’s segregated school system, and dove into the municipal archives to tell the story of a massive 1964 school boycott. Yasmeen’s 2019 investigation into New York City’s child welfare system showed how the city increasingly used its authority to remove children from their parents without a court order.

Yasmeen has also held jobs as a bartender, toll collector, and dishwasher. She lives in Brooklyn with her husband and two daughters. 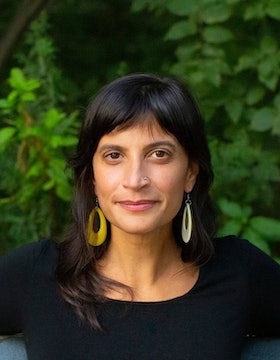 Going back to work post-baby is trickier than ever, but you're not alone.