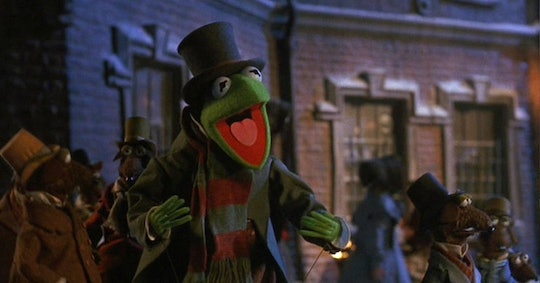 The holiday season means lots of time spent with family, and once you’re done decking the halls, shopping for presents, and baking cookies, you’re gonna want to relax on the couch with a cold cup of nog and a holiday movie or two. Unsurprisingly, Disney+ has you covered: the family-friendly streaming service has loads of titles that will keep kids entertained as they endure the agonizing wait to open presents. Keep scrolling for a preview of the best holiday movies currently streaming on Disney+.

The iconic moment might be young Macaulay Culkin’s hands on his cheeks, screaming out loud, but there are many others that make this film and its Big Apple-set sequel iconic. The Rube Goldberg machines that torture a perfectly cast Joe Pesci and Daniel Stern, the initially scary but ultimately kind elderly allies, and Culkin’s precisely calibrated fourth wall-breaking precociousness add up to movies that your kids will enjoy just as much as you did when you were their age.

Tim Allen’s second-most iconic Disney role of the ‘90s is Scott Calvin, a divorced toy salesman who discovers Santa on his roof and inadvertently startles the big man to fall to his death. Naturally, he puts on the suit and finishes the night’s deliveries, inadvertently agreeing to take on the role for the rest of his life. After memorably fighting his destiny — shaving and dieting do not work when you’re Santa — Scott ultimately accepts his role, grows closer to his young son, and learns the meaning of Christmas. Once you revisit the original, you can check out the brand-new series inspired by the film.

Michael Caine plays Ebeneezer Scrooge completely straight — as a nasty, greedy old man — despite the fact that his co-stars are literally the Muppets. The end result is one of the best on-screen adaptations of the Dickens classic, a movie that is the perfect way for younger viewers to experience the celebrated Christmas story for the first time. And as an added bonus, Disney+ is adding the extended version of the film on December 9. It features a song that was included in the theatrical run of the film but cut from home video releases.

The Nightmare Before Christmas

Henry Selick’s stop-motion animation of the Tim Burton story looks just as impressive on Disney+ now as it did in theaters in 1993. It’s the perfect slightly twisted Christmas movie for kids who are starting to think they’re too cool for Christmas, and everything from the story to the songs to the spirited vocal performances has stood the test of time.

More Like This
Marcel The Shell Is Heading To The Oscars!
Pixar’s 'Turning Red' Is Nominated For An Oscar — Here’s How To Watch It Right Now
20 Incredible Movies To Watch With Your Family During Black History Month & Beyond
'Women Talking' Is A Powerful New Movie Based On A Book
What Parents Are Talking About — Delivered Straight To Your Inbox