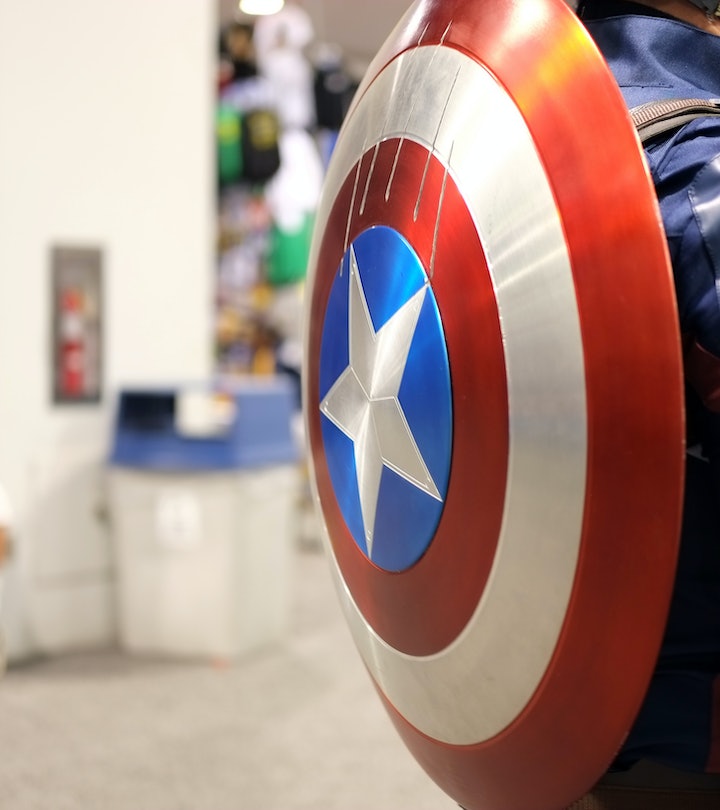 Marvel Comic’s Next Captain America Is An LGBTQ+ Teen

Aaron Fischer will be the first LGBTQ+ person to pick up Captain America’s iconic red-white-and-blue shield in Marvel Comic’s history.

To celebrate the 80th anniversary of Captain America, Marvel has created a special series that will bring together Steve Rogers, Sam Wilson, Bucky Barnes, and John Walker — four generations of Captain America heroes — in a cross-country quest to recover Captain America’s stolen shield. But in their search for the missing shield, the men find a new group of Captains, everyday people who’ve been inspired to take on the role of Captain America in an effort to protect and defend their own communities.

First among these is Aaron Fischer, a fearless young gay teen who has become known as Captain America of the Railways. “I can’t wait for you to meet Aaron Fischer!” writer Josh Trujillo, who penned Fischer’s volume of “The United States of Captain America,” told fans over Twitter earlier this week. “Working with [artist Jan Bazaldua] @obazaldua has been a dream, and I'm beyond honored to introduce him into the Marvel Universe.”

Trujillo has described Fischer as a character who has been “inspired by heroes of the queer community: activists, leaders, and everyday folks pushing for a better life.”

“He stands for the oppressed, and the forgotten,” Trujillo said in a statement released by Marvel. “I hope his debut story resonates with readers, and helps inspire the next generation of heroes.”

Fischer is widely believed to be the first openly LGBTQ+ identifying Captain America in the series’ 80-year history. Of course, as a runaway teen Fischer’s superhero uniform looks a little different from the garb Captain America traditionally wears. In place of the skin-tight bodysuit, Fischer wears loose-fitting overalls over a sleeveless white t-shirt. Red fingerless gloves, a utility belt, and converse-style sneakers complete the hero's outfit.

Bazaldua, the artist behind Fischer, has said he was enjoyed designing the character and hopes he brings greater representation to the series. “I really enjoyed designing him, and as a transgender person, I am happy to be able to present an openly gay person who admires Captain America and fights against evil to help those who are almost invisible to society,” Bazaldua told Out magazine. “While I was drawing him, I thought, well, Cap fights against super-powerful beings and saves the world almost always, but Aaron helps those who walk alone in the street with problems that they face every day. I hope people like the end result!”