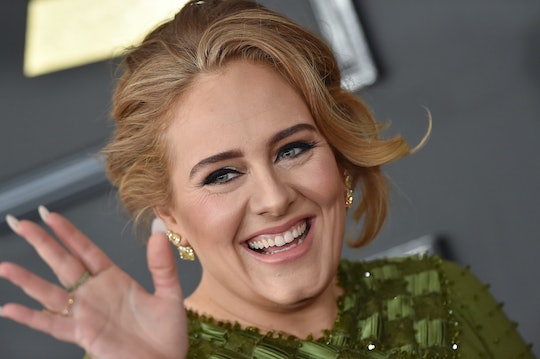 ATTN: Adele Will Sit Down With Oprah & Perform New Music In A TV Special Next Month

Get the wine ready!

CBS is helping Adele celebrate the upcoming release of her highly-anticipated fourth album with a two-hour special. Produced by Fulwell 73 Productions and Onward Productions in association with Harpo Productions, Adele One Night Only will be fans’ first opportunity in six years to see and hear the 15-time Grammy award winner perform new material. So here’s everything you need to know.

Adele One Night Only Will Feature An Interview With Oprah Winfrey

According to Variety, Adele is expected to perform both new music from her upcoming album 30 and several of her most popular hits. Along with a concert, CBS’ Adele One Night Only will also feature the English singer sitting down for an exclusive interview with Oprah Winfrey.

The interview will reportedly be Adele’s first televised conversation about her new album and allow her to reveal the stories that inspired the songs, a press release from ViacomCBS noted. Adele is also expected to discuss her recent weight loss, raising her son, and what her life looks like following her divorce from Simon Konecki.

Adele One Night Only Airs On Nov. 14

You Can Stream Adele’s Special

Fans who miss the original broadcast on CBS — or who simply want to watch it all again — can stream the special live or on-demand via Paramount+.

Adele’s Next Album 30 Drops In November

Adele announced earlier this month that she would release her first album in six years on Nov. 19. In keeping with the titles of her previous albums (19, 21, and 25), Adele has titled her highly-anticipated upcoming album 30 and noted it served as her “ride or die throughout the most turbulent period of my life.”

“When I was writing it, it was my friend who came over with a bottle of wine and a takeaway to cheer me up,” she wrote when announcing the album’s release date on Instagram. “My wise friend who always gives the best advice... And then that friend who no matter what, checked in on me even though I’d stopped checking in with them because I’d become so consumed by my own grief.”

According to Adele, the album narrates her journey of painstakingly rebuilding her house and heart. On Friday, she gave fans their first taste of what the new album holds when she released the music video for the track “Easy on Me.”