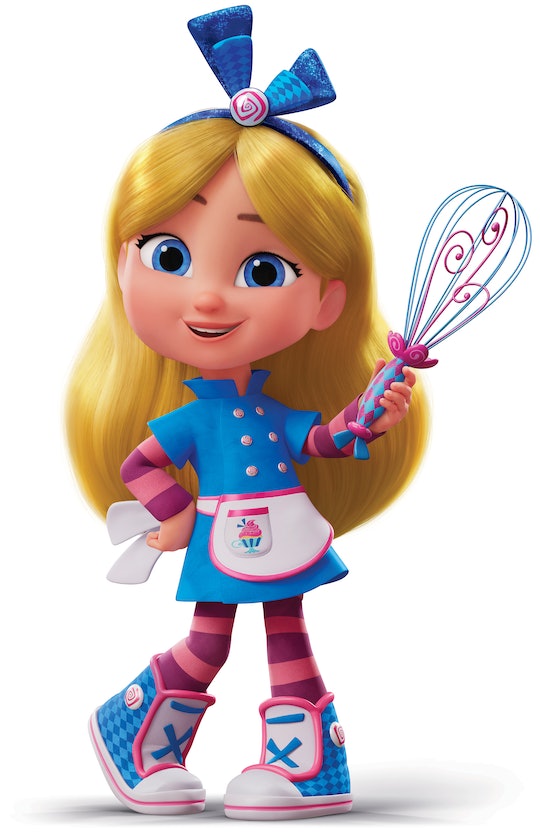 If you thought Alice In Wonderland lacked a little bit of sweetness, then you’re in for a treat. A new animated show, Alice’s Wonderland Bakery, on Disney Junior is bringing the famous characters of the classic movie to life with a fresh twist for little ones.

Alice’s Great-Granddaughter Is The Star

Alice’s Wonderland Bakery focuses on the great-granddaughter of Alice from the 1951 animated film, Alice In Wonderland. She is also named Alice. This Alice is a young, aspiring baker who works at the enchanting Wonderland Bakery (so technically Alice will still be in Wonderland) where her treats bring a new group of characters together.

Each episode will feature two 11-minute stories about Alice whipping up recipes in the kitchen for her three friends: Fergie, a white rabbit; Hattie, her “madcap friend;” and Rosa, the “princess of hearts,” according to a press release.

This new series is geared towards children between the ages of 2 and 7 years old, according to Disney Junior, which means that everyone in the family will be able to watch it. Most importantly, the show will focus on how food can be fun and creative while teaching lessons on friendship, collaboration, and self expression.

“Inspired by the sense of connection that food brings, about — and recipes with enchantment and heart — the series will showcase whimsical stories with relatable themes for our Disney Junior audience,” Joe D’Ambrosia, senior vice president of Original Programming and general manager of Disney Junior said in a statement.

The original animated film, Alice in Wonderland, is rated G, but tobacco use is depicted in the film. Common Sense Media recommends the film for children ages 4 and older, in spite of the film including some violence and taunting language.

Production has just started on the Disney Junior series, which means the show is slated to premiere sometime in 2022. In the meantime, you can watch the 1951 animated film, Alice in Wonderland and Tim Burton’s 2010 live-action adaptation of Alice in Wonderland on Disney+ right now.