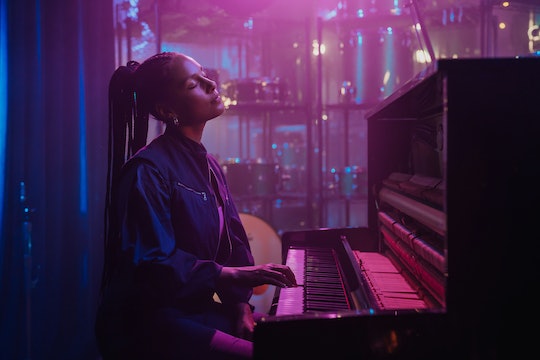 “I want to steal all Egypt’s melodies.”

While Alicia Keys is a highly accomplished pianist in her own right, the 15-time Grammy Award-winning singer, songwriter, and musician can’t get enough of her 10-year-old son’s piano playing. In fact, in an exclusive clip from Keys’ upcoming four-part documentary series NOTED: Alicia Keys The Untold Stories, the mom of two jokes she’d love to “steal” all the melodies her son Egypt creates on piano.

“Hell yeah, I want to steal all Egypt’s melodies,” Keys says in a clip shared exclusively with Romper. “I won’t lie, there’s plenty of times where after he played something that I’ll be like ‘hmm’ and I’ll go back later like, ‘Let me grab those chords Egypt.’”

In NOTED: Alicia Keys The Untold Stories, which premieres on Sept. 30 on YouTube, Keys gives fans a deeper look into her life and her music. While much of the documentary focuses on Keys’ journey as an artist, the personal nature of much of her music means her story cannot be told without delving into her personal life, including her role as a wife and mother.

Keys married record producer DJ Swizz Beatz in 2010, roughly six months before she gave birth to Egypt. The couple then welcomed a second son, whom they named Genesis, in 2014. And while Keys has sought to pass her passion for music on to her children, it seems her eldest son has in turn inspired her creatively.

“He definitely loves music so much,” Keys says of Egypt in the clip shared with Romper. “He loves the piano. He’s been playing the piano since he was four. He has an ear that is really, really special. He’ll be in the house just banging away on the piano and sometimes I’m just off doing whatever and I go back around and I’m like, ‘What? What was that you were just playing?’”

Keys’ documentary series isn’t the only new work to be recently released by the artist. Earlier this month, she released a new single “LALA” featuring Swae Lee.

All four episodes of NOTED: Alicia Keys The Untold Stories will premiere for free as a YouTube Originals on Alicia Keys’ official YouTube Channel on Sept. 30.