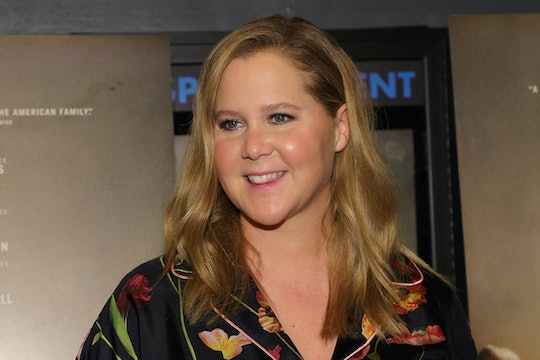 The comedian had her uterus and appendix removed last year after being diagnosed with extensive endometriosis.

Amy Schumer is feeling good. Finally. After decades of unexplained pain, the comedian had her uterus and appendix removed in September after being diagnosed with endometriosis, a painful condition in which tissue similar to that which lines the inside of the uterus develops outside of the organ. On Tuesday, Schumer also revealed she’d recently undergone liposuction as well.

“I feel good. Finally,” Schumer, who shares a 2-year-old son with her husband chef Chris Fischer, wrote on Instagram on Tuesday. “It’s been a journey. Thanks for helping me get my strength back @seckinmd (endo) @jordanternermd (lipo).”

In September, Schumer revealed she’d had her uterus and appendix removed by Dr. Tamer Seckin as part of an effort to manage her endometriosis. The procedure has been life-changing for the mom.

“Dr. Seckin, I love you,” Schumer said in a video posted to her Instagram a few days after her surgery. “You’ve just changed my life.”

Since then, Schumer has spoken openly about her very painful struggle with endometriosis and about having to learn to advocate for herself in a society that often criticizes women who discuss pain as being weak or overly dramatic. “From the time I got my first period, I was knocked over vomiting from the pain,” the comedian said in a video shared on Instagram in September. “Your periods shouldn’t be painful. And not everyone’s are.”

“As women, we’re told... all these phrases, all of them paint women as weak. Culturally, I just feel like I grew up believing that too,” Schumer continued. “I assumed I was being a drama queen and that everybody went through this pain because that’s what the world makes you feel like. We need to not confuse advocating for ourselves with being bitchy.”

Schumer has said she had 30 different “spots” removed as part of her surgical procedure, 25 of which tested positive for endometriosis. “All my lifelong pain explained and lifted out of my body,” she shared on Instagram. “I am already a changed person. I am busting (sic) with joy for the new energy I have to be with my son.”

On Tuesday, Schumer also revealed she’d recently had liposuction. “Never thought I would do anything but talk to me after your uterus doesn’t contract for 2.5 years and you turn 40,” The Humans star wrote on Instagram.

Last year was also the year Schumer reportedly tried dermal fillers, or injectable implants used to create a smoother or fuller look in the face. But the cosmetic procedure was one Schumer apparently ended up hating, leading her to have the fillers dissolved in December. “I tried getting fillers. Turns out I was already full,” she wrote on Instagram. “Thank God you can dissolve them I looked like #Malificent [sic].”