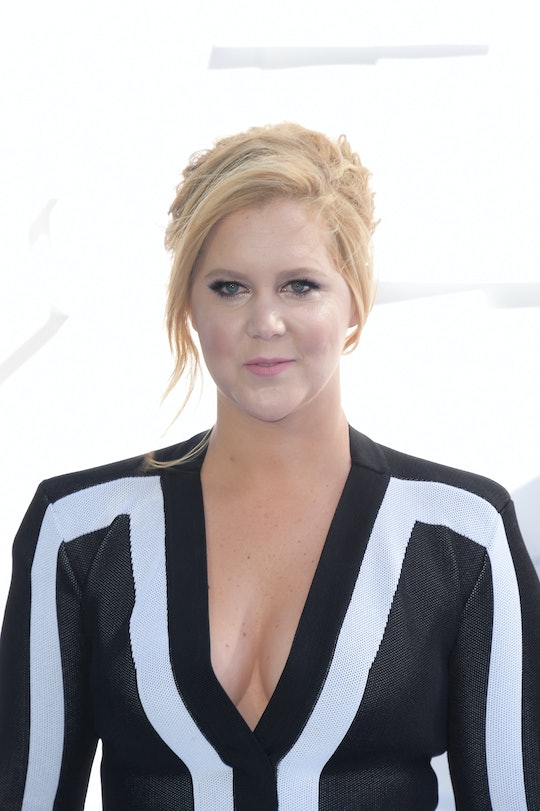 "All this help we've grown accustomed to: we don't need it!"

She is currently nanny-less and Amy Schumer is totally fine not having childcare. Yep! As she revealed in a recent Instagram post, everything is just fine. Perfectly fine. She is doing great. (Things are neither great nor fine.)

In the hilarious post, Schumer's husband, Chris Fischer, pans around their kitchen in a scene many parents will find extremely familiar. A kitchen littered with stacked, unwashed pots, jars of baby food, washed bottles, half-eaten clementines, and an open garbage. Schumer stands in place and narrates their situation.

"Yeah, actually, like we were worried about not having childcare but we're actually like doing really well — and I think we're a lot more capable of a lot more than we realized we were." She and Fischer laugh as she continues. "All this help we've grown accustomed to: we don't need it!"

Schumer revealed last month in a now unavailable Instagram post that her nanny, Jane, who quarantined with the family during the pandemic, was no longer employed by Schumer and Fischer, according to People. "We have evolved to having no child care," she wrote at the time. "Love to Jane who is focusing on her studies. Any tips for cutting a toddlers nails? We are strugglin!"

Earlier, in a January post, Schumer credited Jane with being an important part of her family and career. "This is our nanny who makes it possible for me to work and know that our baby is happy and healthy,” Schumer captioned a photo of her with Jane wearing matching facial masks. “I love her very much and we also both want to have nice skin.”

Jane also played a role in helping Schumer produce her cooking show Amy Schumer Learns to Cook. Jane often served as a camera operator for Fischer and Schumer. When the show was nominated for an Emmy in July of last year, Schumer celebrated Jane in the win. In a now unavailable post picturing the two women, Schumer declared, "We got nominated for an Emmy today (Chris too. But mostly us)" as People reported.

Schumer has become known for her unvarnished honesty in discussing parenthood, from fertility treatments to C-section recovery. So her acknowledgment of the vital role childcare providers play in running a household is par for the course. Many Instagram users recognized their own experiences in the comments of the recent post.

"This truly made my day - that’s my life" one follower commented. "Love that I can relate to this!" one more responded. "My houseplants are dying, and there are pots and pans in the sink, but hey, the kids are alive and happy. It's all that matters, right?"

You're not alone, Amy. Hang in there!