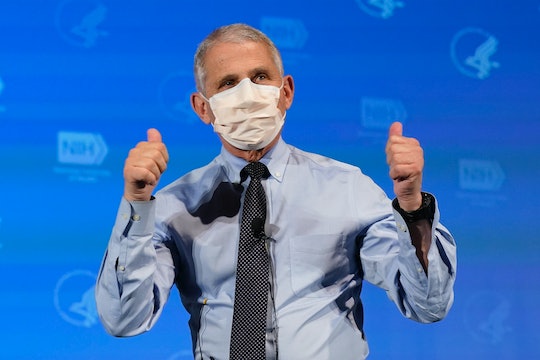 On Saturday, UK Prime Minister Boris Johnson announced a series of stricter COVID-19 restrictions throughout England in response to a case surge in large swathes of the country. In the press conference, Johnson said the uptick was due to a mutation of the coronavirus in the UK. "It appears to spread more easily and may be up to 70% more transmissible than the earlier strain," he declared. Leaders in Scotland and Wales have announced similar measures. In response, more than a dozen countries, mainly in the EU, have imposed travel restrictions to and from the UK.

New York Governor Andrew Cuomo has suggested the United States should consider doing the same. "The United States has a number of flights coming in from the UK each day and we have done absolutely nothing. To me, this is reprehensible," Cuomo said on Sunday. "How many times in life do you have to make the same mistake before you learn?" But top infectious disease expert Dr. Anthony Fauci categorized such measures as "draconian," and says that across-the-board travel bans may be premature. Moreover, he believes that the new strain has already likely reached American shores.

"Given the travel throughout the world, I would not be surprised if it is already here,” he said in an interview with Judy Woodruff of PBS Newshour, “When we start to look for it, we’re going to find it.”

But while Fauci believes ongoing caution is warranted, he clarified that while "mutation" may sound scary, RNA viruses, like COVID-19, tend to mutate a lot. Most of the time, those mutations generally have "no functional relevance." He went on to state that while there is some evidence that this new strain may cause the disease to spread more easily, there's also some encouraging news.

In other words, the current vaccine rollout can continue as planned without concerns that it will have to be adapted to meet the challenges of this new strain of the virus.

Yet even as some have already received their vaccination, December has seen the highest number of new cases, nationally, since the pandemic began. In many areas, ICU beds are at or nearing capacity. Fauci warned that even though there's light at the end of the 2020 tunnel, Americans should keep up their guard, especially around the holidays. He recommends limiting travel insofar as you can, and limiting the number of people at your gathering. "You don't have to cancel what you're doing," he said. "But tone it down."