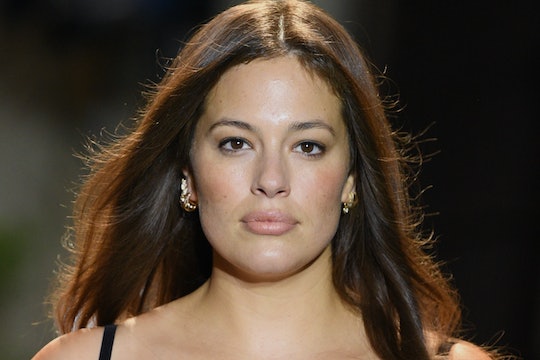 Ashley Graham Opens Up About Her Biggest Postpartum Surprise

“My whole hairline fell out and that was more traumatic than even birth.”

Model and new mom Ashley Graham recently got candid about her postpartum experience, revealing in an interview with Parents that she experienced some “traumatic” hair loss a few months after giving birth to her first child with Justin Ervin. The couple welcomed a son, whom they named Isaac Menelik Giovanni, in January 2020 after a natural home birth. But a few months after Isaac’s arrival, Graham noticed her body was experiencing some dramatic changes.

“I think it was like around four months, my whole hairline fell out,” Graham told Parents.

While the American Academy of Dermatology (AAD) has noted that many new moms experience noticeable hair loss in the months following childbirth due to falling estrogen levels, Graham was caught off guard by the change.

“That was more traumatic than even birth because I was like, ‘My hair’s falling out in clumps — what am I doing?’” she told the magazine. “And then I realized it’s actually a thing.”

Not only is it a real thing, it’s normal and temporary, according to AAD. What’s more, dermatologists don’t consider it to be true hair loss. Rather they classify the condition as excessive hair shedding.

“You do not have to do anything to remedy it,” AAD explains. “Most women see their hair return to its normal fullness by their child’s first birthday. Many women regain normal fullness even earlier.”

And it seems as if Graham’s hair did begin to grow back. The model shared a snap of her hairline growing in on Instagram in March, joking that the postpartum baby hairs made her look a little bit like a villain in a James Bond movie. “I may not be a bond girl but I can be a bond villain (postpartum baby hairs come through!)” she wrote.

But hair loss wasn’t the only body change Graham experienced in her postpartum period. The model told Parents her skin and body also went through some changes. “My skin got a bit irritated as well, and I had a little bit of rosacea that I had to combat,” she said.

This isn’t the first time Graham has gotten real about her postpartum experience. In February, she called out the pressure and expectations placed on new moms to quickly snap their bodies back to their pre-pregnancy shape. "I think the postpartum snapback is really B.S.," she told E! News. "I think it's an unattainable reality for most women and it's been an unattainable reality for myself."

Rather than stress out over how her body has changed, Graham told Parents she’s worked on embracing the changes. “I just kind of look at it every day like, ‘Hello, new body.’ And that's just kind of how I go on with it.”