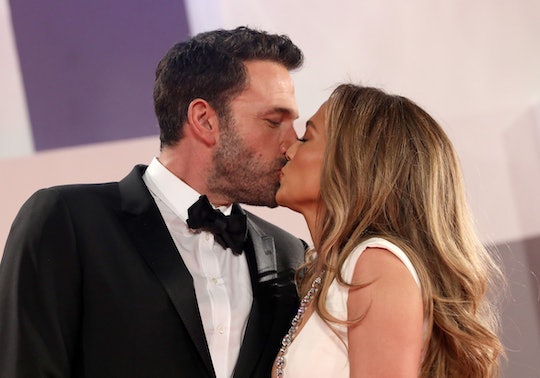 Ben Affleck Worried Frenzy Around Bennifer 2.0 Could Be “Destructive” For His Kids

“I don’t want to do anything that is painful or destructive to them if I can help it.”

Ben Affleck is well aware of the frenzy his relationship with Jennifer Lopez created in the early 2000s. He knew the return of Bennifer, or Bennifer 2.0 if you will, was sure to spark an equally feverish tidal wave of media coverage. But there were some who missed the initial media circus around their relationship, and whom the actor worried might be harmed by the chaos a rekindled romance would inevitably bring. In a recent interview with Howard Stern, Affleck revealed he worried renewing his romantic relationship with Lopez might negatively impact his kids, who already sometimes struggle to deal with their parents’ fame.

Affleck opened up about balancing his dating life with his role as a dad during a recent interview on The Howard Stern Show. The Flash actor shares 16-year-old Violet, 12-year-old Seraphina, and 9-year-old Samuel with his ex-wife Jennifer Garner and recently began dating Lopez again, some 17 years after the couple called off their engagement in 2004. When asked if he’d ever hesitated to rekindle things with Lopez because of the media scrutiny that relationship would likely bring into his kids’ lives, Affleck admitted he’d definitely thought about it.

“It crossed my mind for sure,” BuzzFeed reported he told Stern. “My responsibility to my children is my highest responsibility I have. I'm not doing anything that's painful or destructive to them if I can help it. That being said, I know that my life affects them.”

Bennifer 2.0 or not, Affleck said his children are already impacted by his celebrity status. “I’ve already inflicted that on them,” the actor and filmmaker said, adding his fame was a “cross” his kids had to bear. “Me and their mom are celebrities and that’s hard.”

Along with finding rumors pertaining to their parent’s divorce splashed across headlines, Affleck said his kids have also had to deal with him constantly being recognized on the street. According to Yahoo! News, he told Stern of a time when he was dropping Samuel off at school and someone nearby shouted, “Ben Affleck!”

“My kid looks at me and goes, ‘Hashtag, welcome to my life,’” he said.

Still, Affleck, Lopez, and even Garner are working to give all of their children as normal of a childhood as they possible can. In October, paparazzi spotted Affleck, Lopez, and Garner together escorting all of their children around Malibu Colony for trick-or-treating. A source close to the group told E! News the three adults had planned the outing in advance and caravanned over together.

“Ben and J.Lo were trick-or-treating with the boys,” the source said, referencing Affleck’s son Samuel and 13-year-old Maximilian, who Lopez shares with Marc Anthony. “The girls went in a different direction. Jennifer Garner was with friends and walked around separately. They were all cordial but didn't hang out. They made it about the kids and were focused on them having a good time.”