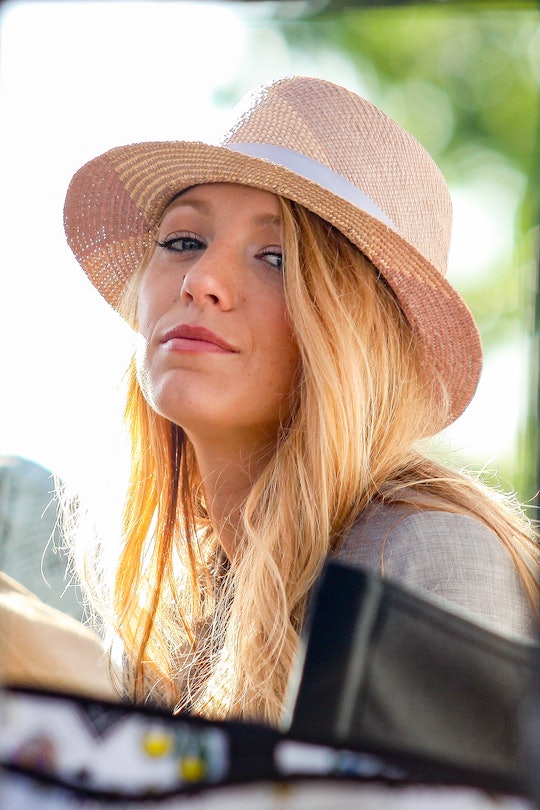 “This is not casual appreciation. This is YOU also exploiting very young children.”

Blake Lively has spoken out against an Instagram account dedicated to sharing photographs of celebrities and their children after the account posted pictures of the three kids she shares with husband Ryan Reynolds. Lively, who has previously spoken out about paparazzi following her kids, criticized the Instagram account of “exploiting very young children” and demanded the photographs be taken down.

“This is so disturbing,” Lively wrote in a comment to the Hollywood Star Kids Instagram account, according to screenshots captured by the Comments by Celebs Instagram. “I’ve personally shared with you that these men stalk and harass my children. And you are still posting. You said you would stop. You personally promised me.”

The Gossip Girl actor went on to accuse the Instagram account of exploiting her children for likes. “This is not casual appreciation,” she wrote. “This is YOU also exploiting very young children. Please. Delete. Please. Some parents are OK with this. We. Are. NOT.”

Hollywood Star Kids has since deleted the photos, which were also shared on the account’s Instagram Story, and post.

Lively shares three daughters — 6-year-old James, 5-year-old Inez, and 2-year-old Betty — with Reynolds and has been outspoken about their desire to protect their children’s privacy. In July, she publicly criticized Daily Mail Australia for editing together images of her and her children to make it seem as if she was “happily” waving at paparazzi and OK with being photographed.

“You edit together these images together to look like I'm happily waving. But that is deceitful,” Lively wrote in a comment to the tabloid saved by Comments by Celebs. “The real story is: My children were being stalked by a men [sic] all day. Jumping out. And then hiding.”

Lively went on to say that when she’d attempted to calmly approach the photographer he ran away, only to jump out again at her and her children on the next block. “Where is your morality here?” she asked. “Or do you simply not care about the safety of children?”

According to Lively, the entire situation was “frightening” to her children. “Please stop paying grown-a** men to hide and hunt children,” she asked. “There are plenty of pictures you could’ve published without the kids. Please delete. C’mon. Get with the times.”

More and more celebrities are pushing back on tabloids, paparazzi, and fan accounts that might share photographs of their children. Gigi Hadid, for example, wrote an open letter asking paparazzi to blur out the face of her and Zayn Malik’s daughter Khai before publishing any images the tot might be in. “We have never intentionally shared our daughter’s face on social media," People reported Hadid wrote on Instagram in July. “Our wish is that she can choose how to share herself with the world when she comes of age, and that she can live as normal of a childhood as possible, without worrying about a public image that she has not chosen.”