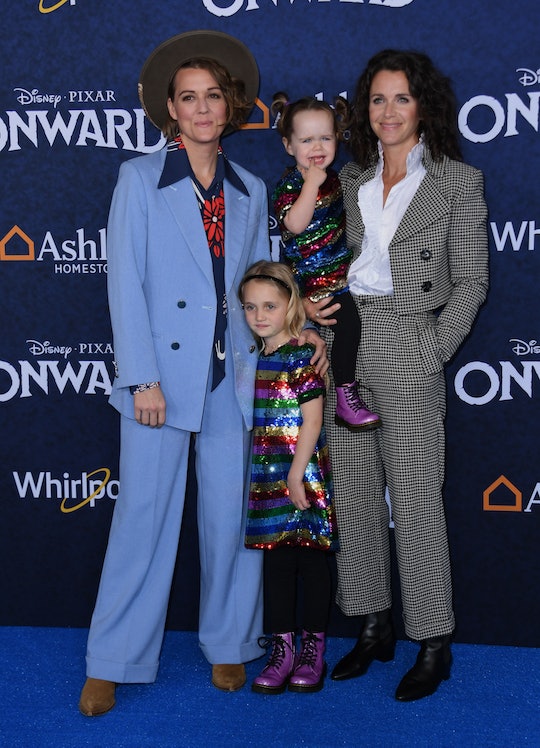 The singer says motherhood wasn’t a role she initially found easy to imagine without being pregnant herself.

Grammy award-winner Brandi Carlile captivated viewers with her performance on Saturday Night Live over the weekend. The singer-songwriter released In These Silent Days, her seventh studio album, earlier this month to rave reviews from critics and fans alike. But who are Carlile’s wife and children? Here’s a look at the acclaimed singer’s family and journey to motherhood.

Brandi Carlile Met Her Wife In 2009

Brandi Carlile first met the woman who would later become her wife in 2009 while searching for donations for her Fight the Fear campaign, a charity that provides self-defense training to abused women. According to Rolling Stone, Catherine Shepherd was the person in charge of managing Paul McCartney’s charity work at the time and arranged to donate some of McCartney’s memorabilia to Carlile’s charity from the United Kingdom. “We met through our activism and interest in charity,” Carlile told the magazine. “We communicated [over the phone] for about a year, and the entire time I thought I was talking to somebody who was 65. It was an interesting way to fall in love.”

Carlile and Shepherd married in 2012 and while they’ve never kept their relationship a secret, it wasn’t until Carlile rocked the stage at the Grammy Awards (and took home multiple awards) in 2019 that the pair’s relationship piqued the interest of fans.

Carlile and Shepherd welcomed their first child together in 2014 through IVF. According to People, the couple used Carlile’s eggs but had Shepherd carry the embryo as pregnancy would make touring difficult for Carlile. They named their daughter Evangeline.

The Singer’s Journey To Motherhood

But because her journey to motherhood didn’t involve pregnancy, Carlile has said she initially felt confused as to what her role in the family would be.

Earlier this year, Carlile released her memoir Broken Horses, in which she opened up about becoming a mother through IVF and artificial insemination and with her initial struggle to accept that it would be her wife who carried their children. “I didn't talk about it at first because I was really embarrassed,” she told USA Today. “I felt like I had been downgraded from mother to partner — or worse, to dad, which didn't fit my gender identity.”

Carlile said she came to realize that children are indoctrinated with heteronormative imagery of families from an early age. As a result, she found it hard to imagine herself in the role of mother without being pregnant. “It doesn't provide me a space to imagine myself in that role if I'm not pregnant,” she said. “Cut to all the birthing classes, visits to the doctor, and even the marketing and things you have to buy — they're all so focused on hetero norms that it can be really hard to find your way into [same-sex] parenting unless you get really imaginative and seek out representation. And that's what we had to do in the end.”

Her Advice To Other Families

Ultimately, Carlile said she’s come to terms with the way her family was formed and hopes her story helps other parents. “I made peace with knowing that there was some pioneering involved in what we were doing, to the point where there wasn't even a two mother template on a birth certificate yet,” she told People. “There is now, but psychologically, all these things are really hard. And the high dive into parenting is a complicated leap to take anyway.”

"I'm hoping people see through my story that there's no right or wrong way to evolve into a parenting role in either heterosexual or same-sex relationships," she continued. “There are different, complicated dynamics, and there are many ways to feel. The more we talk about it and normalize it, the easier it is to understand that your parenting journey is custom. It really is your own.”